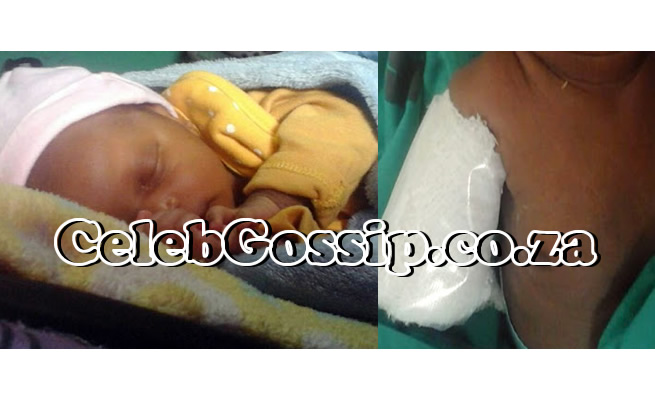 A mother of a two-month-old baby who was amputated is blaming the notorious Bernice Samuel Hospital in Mpumalanga for her child’s ordeal.

Speaking to Sowetan, Dineo Mathebula yesterday said that her baby, Sinempilo, was admitted for diarrhea but ended up having his arm amputated.

She said the child was admitted on Wednesday and a drip was administered on him but it fell off.


“I called the doctor, who came and held the drip with [a] rubber band. My child was crying unstoppably on Friday when I bathed him and I could not understand what was the problem,” a distraught Mathebula said yesterday.

“I then took off the rubber band. I then realised that the colour of his arm had changed to green as it became septic. I then called nurses and a doctor and my child was immediately transferred to the Steve Biko Academic Hospital in Pretoria for an emergency operation.”

When contacted last night, the baby could be heard crying at the hospital.

“I want justice for my baby. Why is this hospital destroying our children’s limbs?”

The incident is one of many reported at the Bernice Samuel Hospital, which is situated in Delmas.

In April a number of stories of patients who claimed ill-treatment or negligence by staff members. In baby Lwandle Sweleni’s case, nurses claimed the newborn had pulled out a drip, which then led to him having his arm amputated at the Witbank Hospital a few days later.

Three doctors and a nurse were suspended. In another case, Mandisa Mkhumbeni now has to wear diapers after an alleged botched operation that left her with a punctured bladder.

Another family was once told their loved one was still alive only to find out a week later that he had been lying in the hospital morgue.

Provincial health spokesperson Dumisani Malamule told Sowetan that Mathebula’s baby’s arm was amputated on Friday at the Steve Biko Hospital after efforts to save it failed.

He said a full investigation was under way.