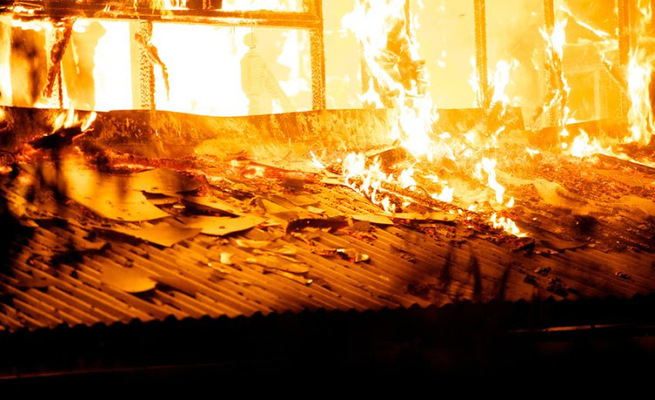 POLICE in Mpumalanga have launched a manhunt for suspects believe to have murdered five people including a 12-year- old girl execution-style.

The incidents took place in Nelspruit and Bushbuck Ridge in the early hours of Youth Day. The victims were shot and their houses torched.

Hlathi said: “Reports indicate that in the first incident, police received information about a shooting incident at Madras, near Hazyview, outside Nelspruit where four family members were shot execution-style by four suspects inside their RDP house.

“When police arrived they found the house in flames with four victims inside lying unconscious, with burn wounds, in two separate rooms.

“The emergency services were summoned for assistance and all the victims were, unfortunately, certified dead.”

He said police further discovered that one family member, a 25-yearold man who was also in the house, survived the shooting and managed to alert neighbours who eventually notified police.

In the second incident, in Bushbuckridge, a group of four armed suspects stormed into a house at Mandela Village and shot dead a man.

“It is said that Caswell Maphanga, aged 25, was asleep at the time, and the suspects reportedly shot at him and then burned the house before they fled the scene.

“Concerned members of the public notified relevant stakeholders about the incident and firefighters extinguished the fire.

“However, Maphanga was certified dead by the paramedics, and police opened a murder case, hence there was a manhunt.

“A preliminary investigation revealed that before the incident, Caswell’s mother received a call from her other son indicating that there were people looking for him who were already on their way to the house.

“The mother was reportedly at work at the time and she then learned that the suspects had already killed Caswell as well as burned her house.

“A preliminary probe has revealed that the killing spree is a result of gangs fighting against each other,” said Hlathi.

Police requested Skhumbuzo Madalane and Bonginkosi Shakoane to come forward as they believed the duo could positively assist in the investigation.

“As a result of all these atrocious acts, police management in Mpumalanga, led by the acting provincial commissioner Major-General Thulani Phahla, have motioned a 72-hour activation plan comprising all relevant disciplines, with a view to track down those responsible,” said Hlathi.