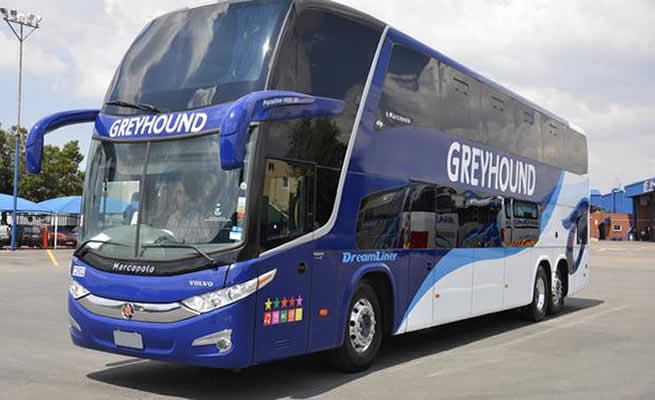 Employees of bus company Greyhound have approached the labour court in Johannesburg challenging the company for allegedly dismissing them without following proper processes.

The workers represented by the Democratised Transport Logistics and Allied Works Union (Detawu) want Greyhound to “comply with a fair procedure” in the dismissals.

The union accused the company of shutting down its operations while it was still engaged in consultation processes with workers, therefore unfairly “sealing the fate” of its employees.


But Greyhound has disputed this claim by the union, arguing that they issued notices and consulted with the unions in terms of the Labour Relations Act.

Detawu, which represents 23 of the company’s 578 affected employees, wants the court to interdict and stop the dismissal of its members on grounds of procedural unfairness as per the Labour Relations Act.

Mayibenathi Matwa, Detawu’s Western Cape interim secretary, argued in a founding affidavit that Greyhound had refused and failed to make “disclosure of relevant information” during the consultation over the termination of employment for its workers.

Greyhound and its sister company Citiliner announced in February that they were closing down and that its services would be discontinued from February 14.

The company blamed Covid-19 regulations for “limiting inter-provincial travel and coach occupancy levels” and announced that customers who had bought tickets would be refunded as services would stop in two weeks.

Matwa said the dismissal of employees was in contravention to the Labour Relations Act as Greyhound went into the CCMA-facilitated consultations on retrenchments with the employees’ fate already “sealed” before even the consultations started.

“The moment the respondents [Greyhound] decided to discontinue its operations, the only outcome which was possible was the dismissal of all of the employees in the Greyhound division based on the respondent’s operational requirements,” Matwa argued.

He accused the bus company of shutting down services in the middle of consultations with unions.

“The respondents announced on numerous occasions publicly that Greyhound was discontinuing its operations before it even gave notice to the applicant [Detawu], the other involved unions and the non-unionised employees that it sought to consult them regarding their dismissal based on operational requirements,” said Matwa.

In its responding papers, Jasen Smallbone, said in February they sent out an internal memorandum in which all employees were told of an attempted sale process for two years involving their three bus divisions, Mega Coach, Greyhound and Magic Transfers to avoid potential job losses.

He said after the sale process couldn’t materialise, they anticipated possible retrenchments and issued notices as per the Labour Relations Act to all employees and trade union representatives.

Smallbone said they had in “an attempt to prevent further financial losses from occurring” issued a public statement notifying customers and other stakeholders on their services being suspended on February 14th.

“The responded [Greyhound] reiterated that this statement did not constitute the closure of the business and that employees would still receive their salaries,” Smallbone said.

Smallbone said in the event that they would have continued operating during the consultation processes with the unions, the company would have suffered significant further financial losses on a daily basis.

Greyhound issued dismissal letters to the employees which had not accepted voluntary severance packages in letters issued towards the end of April.