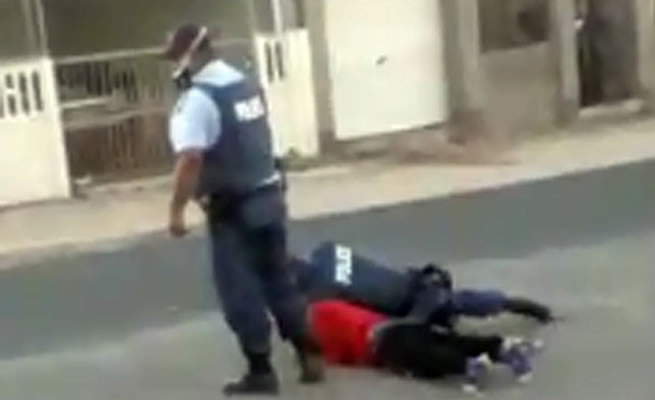 Kwaito singer King Sdudla and three other people were allegedly beaten up by Nelson Mandela Bay Metro cops in a case of mistaken identity in Gqebera in the Eastern Cape.

Artist Lady Q, real name Ziyanda Ngalo, was not beaten up during the incident, which happened as they were driving from Alexandria where they had earlier performed.

Provincial police spokesperson Cpt Sandra Janse van Rensburg said: “SAPS Swartkops confirmed that a case of assault and pointing of firearm was opened. The investigation is still ongoing and no one has been arrested.”

King Sdudla told Sowetan yesterday that a few minutes before the cops attacked them, Mphathiswa had swerved the car after they saw a person who was trying to stop them.

They then saw blue lights flashing at them. He said two cops ordered them to get out of the car and get on the ground.

He said the officers pointed guns at them. Without saying a word, the cops then started kicking them.

“We did not even resist, we just lied down. More metro officers joined in and they continued to kick us. When they were done they searched the car and we began asking questions on what did we do. The officers said they had mistaken our car [a Polo sedan] for another white car that had shot at them a few hours ago.”

DJ Lampisto said police only searched them after a serious beating.

“These people were kicking me on the face and I was bleeding… They said they had mistaken us with another white Polo that had passed earlier and shot at them.

“They were lying because when we got to the police station, they knew nothing about metro officers being shot at.”

Mphathiswa said he was later arrested for reckless driving and was taken to Motherwell Hospital where they took blood samples.

“They said they were arresting me because I swerved when they were trying to stop us. They took me to Kenkelsbos police station where I spent the night and I was released on Sunday on R1,500 bail. My body is still sore after being kicked.”