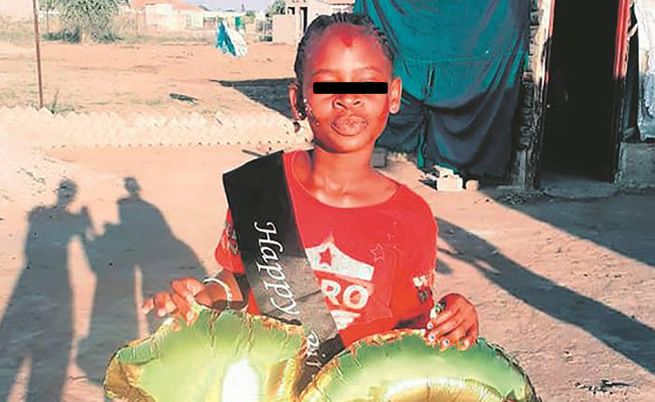 It’s alleged he attacked a gogo, before raping and killing a young girl.

He first went to look for his wife at her parents’ home and when he found that she was not there, he allegedly started attacking his 71-year-old mother-in-law with a sharp object.

He left his in-laws’ house and went to his neighbour’s house, where he allegedly raped and then murdered Thembani Mohati (13).

“Susan is a nice person but she couldn’t guard her chickens at all times,” she said.

Khensani said Susan was sleeping at a relative’s house on the night of the murder.

“Susan had just found a job with a school feeding scheme and slept at the relative’s place as it was closer to the school. That evening, Thembani decided to sleep in her mother’s room, not knowing someone would break in.”

Police arrived at the scene after neighbours heard the girl screaming and alerted the authorities. However, it was too late.

The mother-in-law is recovering in hospital. A team of social workers have been sent to provide support to the families of the victims.