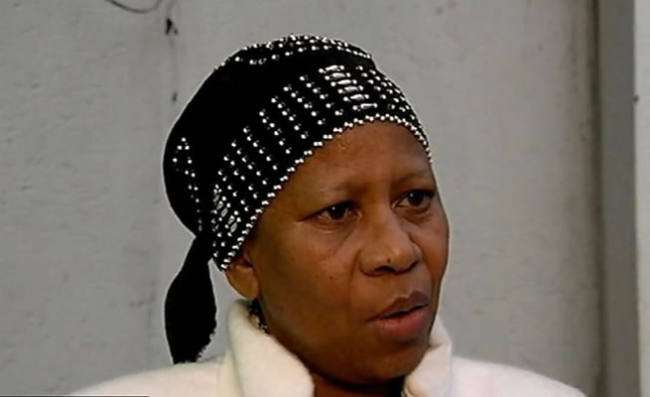 A second high ranking Prasa official was hijacked and kidnaped in Johannesburg in three-months.

The Prasa Board Chairperson Khanyisile Kweyama was pepper-sprayed and bundled into the boot of her car near her home.

The Chairperson of the Board of the Passenger Rail Agency of SA (Prasa) Khanyisile Kweyama was on Thursday evening hijacked near her home in Houghton.

Kweyama, who was coming from a board meeting at the SABC offices, was put into the boot of her car and dumped over three hours later in Katlehong in Ekurhuleni.

Kweyama, says she is still shocked after being hijacked near her home in Houghton, north of Johannesburg.

“I’m still in shock you know. You are in a boot for about three hours and you have no idea what’s going to happen. At some stage these guys I think, I don’t know if it was a gun, because I could not feel it but they cocked it. They said they are cocking a gun and if you don’t behave we will shoot you. I’m still struggling to sleep because if I close my eyes I could see these guys’ faces. I’ll get over it,” says Kweyama.

She was followed by a BMW which bumped her from behind, she was then pepper-sprayed and bundled into the boot of her car.

They took her bag, phones, and two Ipads belonging to the SABC and BrandSA, where she is also a board member.

Kweyama said “The men told me they only needed money and tried to withdraw money from my card without success and then simply abandoned me locked in the car. For people who spent three hours with me bemoaning their poverty and emphasising their need for money it is strange that they eventually just left without that money.

Kweyama wants to thank the residents of Katlehong who assisted her generously to ensure she was both safe and in touch with her family once she got out of the car.

She was appointed to the Prasa board almost three months ago and is the second high ranking official of parastatal to be hijacked within that period.

Her spokesperson believes its the result of a fightback from all those looting the state-owned entity.

"From where we sit, this is a scare tactic. Everyone is aware that Prasa is in the middle of an investigation and this disruption is not being accepted by some people," said Mathatha Tsedu, Kweyama's spokesperson.

Acting CEO at the time Lindikhaya Zide was hijacked as he drove from his office on a non-working day. He too was put into the boot and later dumped without being hurt.

His hijackers used the same modus operandi and also made off with his bag and technological gadgets. Police said they are investigating the matter.

Gauteng police spokesperson, Colonel Noxolo Kweza confirmed they were investigating a case of hijacking and kidnapping.

“At this stage, no one has been arrested. Unfortunately that is all we are prepared to divulge so far as we don’t want to jeopardise our investigations,” she said.

“This act of violence against the chairperson is a scare and intimidation tactic against the PRASA Board chairperson to defocus her on her enormous work and progress in turning around PRASA together with her board.”

Nzimande said no amount of intimidation would stop Prasa and the government from continuing to investigate maladministration, corruption and state capture.

Recently Prasa has been the subject of widespread corruption through a number of tenders and the new board has been investigating and reversing some of the deals.