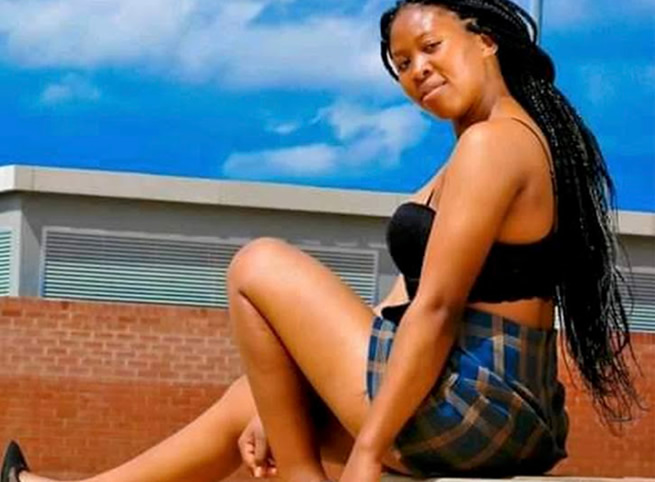 Nothing could have prepared Nomvuyiso Manyanya for the funeral of her daughter Yonwaba, who she had seen off to college but who came back in a coffin.

Yonwaba, 26, was a student at eThekwini TVET College in KwaZulu-Natal, where she was studying towards a diploma in electrical and infrastructure construction.

Manyanya said her daughter suffered an asthmatic attack after she was allegedly evicted from her accommodation while still waiting for her National Student Financial Aid Scheme (NSFAS) allowance.

Last week thousands of Unisa students complained that they were still waiting to receive their R290 monthly living allowances, which should have been paid at the start of the academic year in February.

Students from Asherville campus in Durban were seen on social media sleeping on the side of the road due to unpaid allowances by the funding scheme.

Manyanya, 47, of Lusikisiki in the Eastern Cape, said her heart broke into pieces as she watched her daughter’s coffin lowered to the ground when she was laid to rest on Saturday.

“I could not believe it when I received a call about two weeks back that my last-born daughter had passed away. Apparently she was evicted from her accommodation, which she shared with other students after they failed to pay rent. She had told me that she was waiting for her allowances from NSFAS,” she said.

Manyanya said she later learnt that Yonwaba, together with 30 other students, had slept out in the open for two days.

“Yonwaba was asthmatic, and sleeping outside made things worse for her. On the day she died she was at a friend’s place as she had asked him if she could take a warm bath as her asthma was giving her problems.

"She died at her friend’s place and her body was found next to the washing basin. What hurts me the most is that my first daughter dropped out of college in East London as she could not afford to pay rent because of NSFAS delays,” she said.

Manyanya said Yonwaba was funded by NSFAS for a hospitality course last year but had to deregister as she could not afford the online lessons which were introduced as a result of the pandemic.

“This year she registered for a new course and I don’t know if that could have caused problems for her with NSFAS,” she said.

Manyanya said she finds comforts in looking after Yonwaba’s two children, who are seven and two years old.

The principal at eThekwini TVET College, Nkosinathi Mchunu, said it has been discovered that Yonwaba did not qualify for either tuition fees or allowances and that at the time of her death she had been at her boyfriend’s place.

“Yes, there are challenges with the application and payment of NSFAS allowances and this appears to be the focus of the students. The students were paid late, however the incident of the passing on of Yonwaba is not related to the payment allowances.

"The college grieves for the loss of a young lady whose full potential had not yet been realised and we will be praying for her family during their time of bereavement,” he said.

NSFAS chief corporate services officer, Sibongile Mncwabe, said Yonwaba was an NSFAS-funded student in 2020 but for the 2021 academic year her funding had not been confirmed.

“The information on NSFAS record is that she had not met the progression criteria at the time of her passing. She was part of a group of students whose progression status was continuously being queried with the college,” Mncwabe said.