Home General News Man beaten up after he was caught bonking a married woman –... 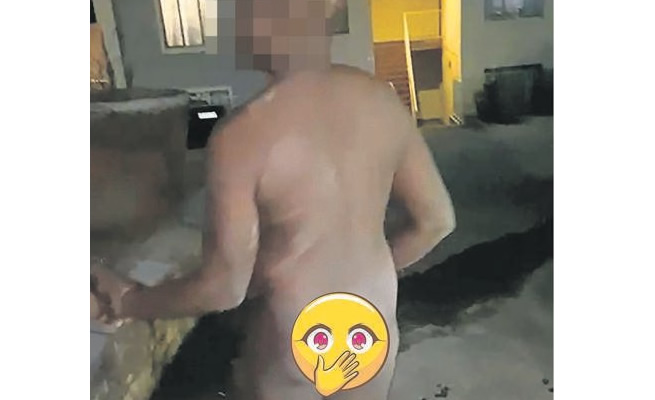 The video shows the alleged cheater staggering around in his socks while the alleged husband is beating him up.

The video of the man being moered, after he was caught cheating with another man’s wife, has gone viral.

The video, seemingly taken at night, shows a man who’s just pulled a cheater from his house into the streets. Neighbours continue taking videos.

The man says the guy was found with his wife and he wants to teach him a lesson. It’s alleged the incident happened in Limpopo.

The man, allegedly the husband, says: “This person, I spoke to him nicely and he refused. I wanted to talk to him and he tried to run away.

He holds the hand of the alleged cheater, refusing to let him go.

The man addresses the crowd gathered to witness the ordeal: “Please take pictures, This is what I’m dealing with.”

He said when his wife phoned he’d said he was in Giyani yet he was in Kgafane.

“I want to go with this man to his wife and I want the police to go with me with this guy looking like this.”

A woman in the crowd says: “What happened to this guy’s head? He’s in pain because he’s badly injured.”

When contacted the man  didn’t want to talk about the incident.

“It’s already caused a lot of pain for my family,” he said.