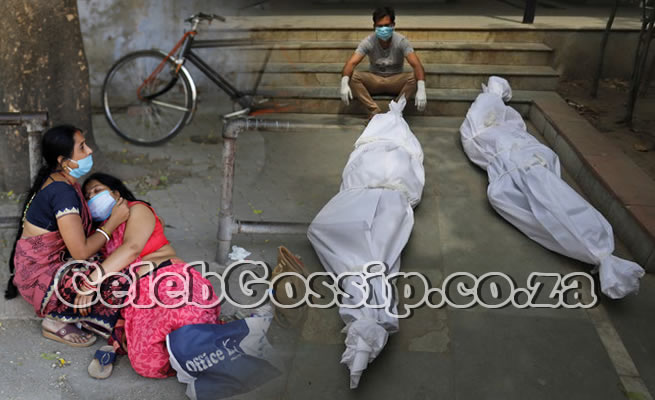 Eight new cases of the B.1.617.2 Covid-19 variant, first discovered in India, have been detected in KwaZulu-Natal, the Network for Genomic Surveillance in South Africa (NGS-SA) confirmed on Thursday.

According to Professor Tulio de Oliveira, the director of the KZN Research Innovation and Sequencing Platform, those were found in crew members of a commercial vessel that arrived in Durban Port from India.


In a series of tweets, De Oliveira said “The Network for Genomic Surveillance in South Africa, confirmed detection of eight more genomes B.1.617.2 (Indian variant) and two community transmission of B.1.1.7 (UK variant) in South Africa,”

“The cases were isolated on the vessel, and other crew members have been quarantined according to national Covid-19 case management guidelines. The individuals who tested positive for Covid-19 did not disembark in South Africa, with the exception of one that was admitted to hospital, he said.

“The two new cases of B.1.1.7 were identified in Gauteng – there was no recent travel history. New results from the start of the third wave in the Northern Cape show that it is dominated by the local (B.1.351/501Y.V2) variant,” he said.

“At present, we are working to classify variants in the Free State and Gauteng, which were provinces that are seeing a surge of infections.”

Meanwhile, the World Health Organization (WHO) recently listed B.1.617, which counts several sub-lineages with slightly different mutations and characteristics, as a "variant of interest".

WHO chief scientist Soumya Swaminathan has labelled the B.1.617.2 variant spreading in India as more contagious and said it might be dodging vaccine protections, contributing to the country's explosive outbreak.

"B 1.617 is likely to be a variant of concern because it has some mutations which increase transmission, and which also potentially could make (it) resistant to antibodies that are generated by vaccination or by natural infection," she said.