Home General News Shock as Empangeni woman sleeps with a black mamba snake on her... 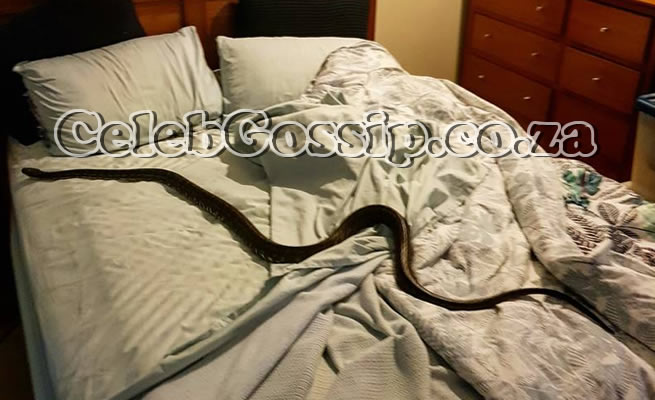 ‘FEARLESS’ Fred Lubbe, renowned for rescuing families from serpent intruders, found himself in Macekane village just outside Empangeni late on Tuesday afternoon, searching for a snake that was described as 'quite long and brown'.

The journey to the rural residence ended up being the most difficult part of the whole catch as it included a one kilometre uphill walk.

"Unfortunately, that is not where my work stopped, as I once again had to deal with a cluttered room in order to find the snake that was reported," said Fred.

When questioned, the homeowner claimed to have first spotted the snake on Saturday – which means that she had, shockingly, slept for multiple nights in exceptionally close proximity to a highly-venomous black mamba.

"The homeowners and I began moving the clutter out from under the bed, but we still couldn’t find anything. Finally, we started to remove the bedding and tip the mattress up. We ended up finding a 1.5m black mamba between the base of the bed and the wall."

The rest of the catch went off without a hitch as Fred got his tongs around the snake’s neck and was able to place it inside his capture bag, www.celebgossip.co.za has learnt.

"This, once again, goes to show that snakes do not want to harm people as this snake was only slightly annoyed with me and only because I removed him from where he had been sleeping."

The snake was safely released on Thursday morning, away from human activity.