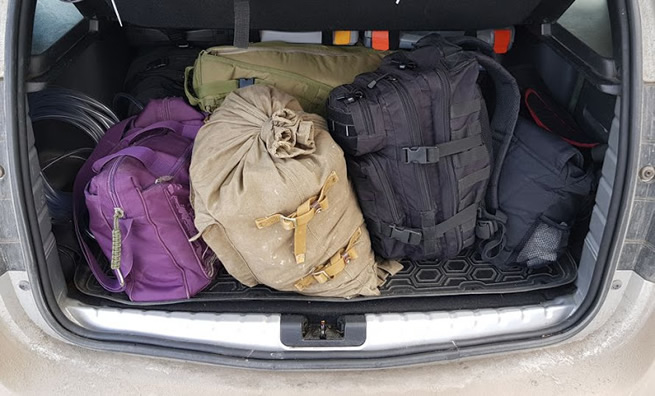 Neighbours of a Fidelity security guard who allegedly stole millions of rand from a cash depot have described him as a quiet man, saying they were shocked to learn of the alleged crime.

He is expected to apply for bail in the Kempton Park magistrate’s court on Friday following his arrest.

Lekgoathi allegedly loaded a bag of money into the back of his bakkie at Fidelity Cash Solutions in Edenvale last Wednesday and failed to report to work until his arrest on Friday.

He and his family moved to the suburb in December and were renting a backroom, his neighbours – who asked not to be named – told Sowetan yesterday.

“We used to see him a lot before April. He was always friendly. He loved spending time with his daughter and helped his wife around the house,” said a neighbour.

Another neighbour said they had not seen Lekgoathi for over a month as he was apparently on night shift.

The neighbour said he was surprised when he saw Lekgoathi arriving with two police officers on Saturday. “I hadn’t seen him for a while and his wife said he was on a different shift. Last week, when I asked her where he was she said he had gone for training.”

“He looked calm and relaxed [when he arrived with cops] but you could tell something wasn’t right. They went with him into the room he is renting with his wife and spent about 30 minutes in there,” said the neighbour.

Hawks spokesperson LieutCol Phila Nkwalase said officers had not yet recovered the money that was allegedly stolen but they had recovered the Nissan NP200 that was used in the alleged theft.

Wahl Bartmann, CEO of Fidelity Services, said they could not disclose how much Lekgoathi allegedly stole. “As it is an ongoing investigation, we are not at liberty to divulge any information which could compromise the investigation.”

A source close to investigations said: “During questioning Lekgoathi denied stealing the money from his work place. He was asked about the video footage where he is seen removing money bags from an armored vehicle into his charcoal grey Nissan NP200 but he also denied this.”

Sowetan contacted Lekgoathi’s wife yesterday but she refused to comment on her husband’s arrest.

The source said the home of Lekgoathi’s wife in Soweto was ransacked in a bid to locate the missing millions but nothing was found.

“He then took the team to his home in Zebediela [Limpopo] and the place was searched but nothing was also found there and it was the same at his rented rented room in Johannesburg,” added the source.