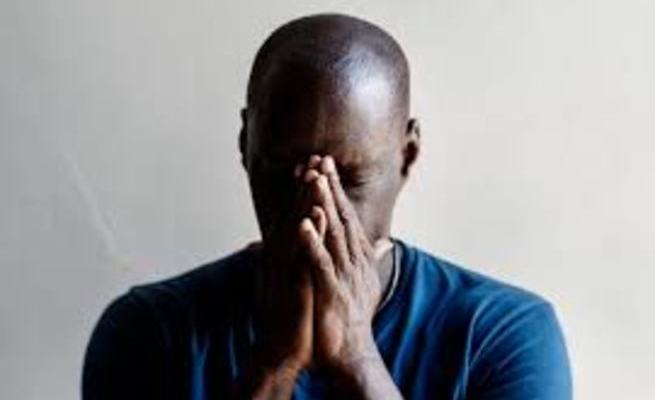 After being a victim of a crime that left him traumatised in 2016, Gerrie Kachelhoffer has woken up each day with no memory of his life or family. 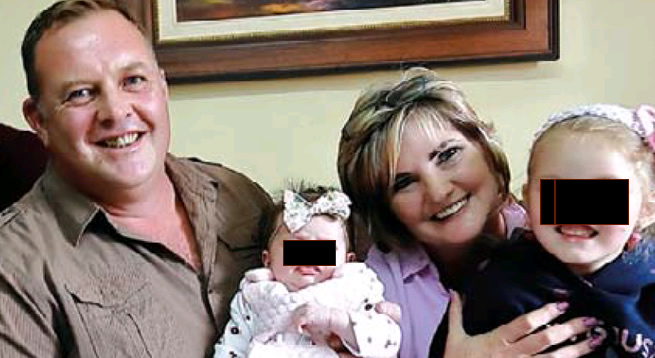 Every morning for the past five years has started the same way. Over and over he’s had to learn the intimate details of a life that should be familiar to him: his own. “You wake up and feel this place is yours but you don’t really know what’s going on,” Gerrie Kachelhoffer says.

Fortunately every morning brings another constant: the presence of someone whose name and face he can’t quite place. Then she introduces herself to him again: “I’m your wife.”

And for about an hour – as she’s done every morning since the traumatic incident that made him suppress his memories – Yvonne Kachelhoffer tells her husband of 26 years about himself, his family and his world.

“Then I start to tell him that something happened to him in 2016 and that’s why he can’t recall anything.”

She tells him about their lastborn, Ansuré (3), and that he’s now a grandpa.

Gerrie (47) doesn’t recognise Ansuré, the late addition to their brood. He’s come to recognise his two grown-up daughters, Su-Mari (24) and Anneri (21) but, as with Yvonne (48), he struggles to put a name to the face.

Su-Mari, her husband, Warren Joubert, and their six-week-old baby, Isabella, live with her parents and she has to introduce herself to her dad every morning.

“I have to paint a picture for him every morning,” Yvonne says. “I have to remind him what he was doing the previous day.”

She has to remind about the pandemic, compulsory mask-wearing and social distancing. “It’s a shock to him every morning.”

Yvonne’s hand rests lovingly on his leg while she spells out their morning routine. Gerrie listens attentively.

“When Vonna has told me about everything, I put the puzzle pieces together,” he says. “It’s quite difficult to wake every morning and remember nothing, but I stay positive. I can feel sorry for myself or I can seize the day.”

He can no longer work or drive and receives therapy at Denmar Psychiatric Hospital in Pretoria for the trauma that has suppressed his memory retrieval.

“Some days are easier than others,” Yvonne says. “He’s very patient. Often he has follow-up questions and sometimes he looks confused, but most of the time he accepts it.”

What has remained unchanged is Gerrie’s love for Yvonne. “If it weren’t for the Heavenly Father who pulls me through each day and my wife who looks after me so well, I don’t know where I’d be now,” he says.

She smiles as she rubs his leg. “Yes, that’s true. Every day he falls in love with me all over again.” A S YVONNE recounts the day that wiped out Gerrie’s memory, he listens like someone who’s hearing the story for the first time. On 20 June 2016 Gerrie,

‘EVERY MORNING I HAVE TO TELL HIM ABOUT THE PANDEMIC, MASKS AND SOCIAL DISTANCING. IT’S A SHOCK EVERY TIME’

a technician for a building company, was travelling to Lebowakgomo in Limpopo for work. Yvonne is a project manager at the same company.

She greeted her husband and he set off. She sent him a WhatsApp message later but he didn’t read it. “I just thought he’s probably busy.”

That evening she got the shock call: Gerrie’s white Toyota bakkie had been found abandoned and he was missing. “His cellphone and car keys were still in the bakkie but his Bible and wallet with R4 000 were gone,” she says.

They started a widespread search but Gerrie was nowhere to be found.

About 9pm on the day after he went missing, she received the news that Gerrie was in a hospital in Polokwane.

A taxi driver, who’d recognised him from a pamphlet handed out by the search party, had taken him to the police station. “But there were strikes in Hammanskraal and we could drive through only the next day,” Yvonne says.

Meanwhile, her relatives went to see him and told Yvonne that Gerrie didn’t recognise them. “We thought if we drove there he’d remember his family,” she says.

She was shocked when she saw him in his hospital bed the next day. He had a black eye, scratches on his legs and a head injury. “His first question to me was, ‘Do you know Jesus?’ He didn’t recognise us at all.”

They went home the same day and hoped the amnesia would be short-lived. “But he kept asking if we were going to take him to his family. It went on for a week.

“Eventually we had to tell him we would take him to his family but first we would care for him at our home. It took three weeks for him to start remembering our names.”

They took Gerrie to a neurologist and a sleep clinic, and he’s now seeing a psychiatrist.

Yvonne shows us a 2016 report in which his psychiatrist, Dr Ilse Du Plessis, confirmed he’d had brain scans and blood tests and that cognitive tests showed his long- and short-term memory were absent.

“Doctors can’t tell us what caused this. They ascribe it to trauma. We also don’t know whether his memory will ever come back.

“But he’s made a lot of progress – he can take care of himself,” Yvonne says bravely. It was tough at first, she adds. “I woke up every morning hoping that today he’d remember, and then it wouldn’t happen.

“It left me despondent. But one day I just realised it was the Lord’s will. I accepted it as such, and we take each day as it comes.”

GERRIE has been found medically unfit to work. Yvonne reminds him every day of specific chores to do, or turns on the TV for him. At first she hid the remote control for the vehicle gate as she worried he’d go out while she was at work and lose his way.

But these days he can walk around the block. “Our domestic helper keeps an eye out and makes sure he arrives back home.”

Her greatest hope is that he’ll be able to read and write again so he can keep a daily journal and read it to himself.

But until then, she’ ll patiently paint her daily picture for him. And she stays positive and cheerful for him. “Otherwise he’ll think he’s married to a dragon!”

Gerrie assures us he always remembers his wife and her love for him.

“I know she’s mine. If you put me in a room with another woman, I’d tell you immediately she’s not my wife.”

They believe he’ll be himself again one day. “Doctors say we should give it time,” Yvonne says. “We hope and trust in the Lord.”