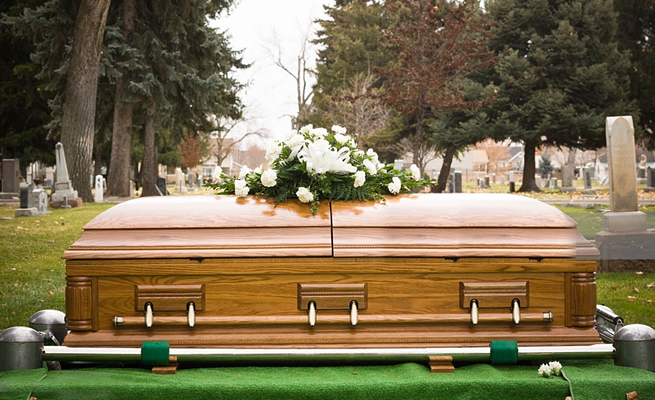 Funeral parlours in Gauteng plan to “shut down” the home affairs head office in Pretoria on Tuesday over complaints that requirements for the removal of bodies are too onerous.

The companies, under the banner of the Unification Task Team (UTT), want the department to amend regulations so they have the right to remove bodies from mortuaries, hospitals and forensic laboratories for burial.


At issue are certificates of competence (COCs), which allow funeral parlours to obtain death certificates on behalf of bereaved families. Without the certificates they cannot complete the death registrations, which means that families have to delay burying their loved ones, or queue on their own at home affairs offices to apply for the documentation.

“All we want is for them to release a circular that speaks to the agreement we reached with them from resolutions taken at two meetings we had with them,” said Unification Task Team (UTT) spokesperson Muzi Hlengwa.

Hlengwa said undertakers had raised a number of concerns at the meetings. The concerns, he said, affected mostly small funeral parlours.

“One of the issues was the certificate of competence for the mortuary should be delinked from the application for a designation officer number that allows the undertaker to register a death certificate.

“The COC has nothing to do with the designation number, which allows the undertaker to sign and register a death certificate on behalf of families,” Hlengwa said.

He said if home affairs forced undertakers to produce a COC when applying for a designation number, they would not be able to operate. He said delinking the COC from the designation number application would fast-track the process of families receiving death certificates, which they need so that they can claim from funeral insurance companies.

“Without the registration of a death, you can't book a grave or crematorium. When the death registration delays, it means the families will not be paid out on time and funerals will have to be delayed.”

He said undertakers and the department had agreed on the issue of the use of a proxy to register a death certificate.

“We as business people are not always available to run our businesses day to day. Some of us cannot read or write. It’s impossible to sign documents while running a business. We agreed that a proxy be accepted to run the business on behalf of the owner.

“We want them to improve the way they are operating. If they could extend their [operating] hours to allow families to register deaths, we would be happy,” said Hlengwa.

Home affairs should also have enough staff to urgently deal with death registrations.

“It is not helping anyone to have one clerk at the counter where you do death registration. They should have enough staff to avoid the delays we are experiencing now with the issuing of death registration certificates.”

Hlengwa said undertakers were also against the department’s requirement that when a person employed by an undertaker went to register a death, they bring the identity document of the owner of the parlour.

He said they would close the head office until they received the circular they wanted the department to release.

“We do not want a temporary arrangement. We want a permanent solution,” Hlengwa said.

It said there was agreement between the parties that home affairs could issue a provisional designation for funeral undertakers to conduct their business for 12 months, while they sought a lasting solution.

The statement said that, as part of the agreement, applications to be designated funeral undertakers are required to comply with the following: