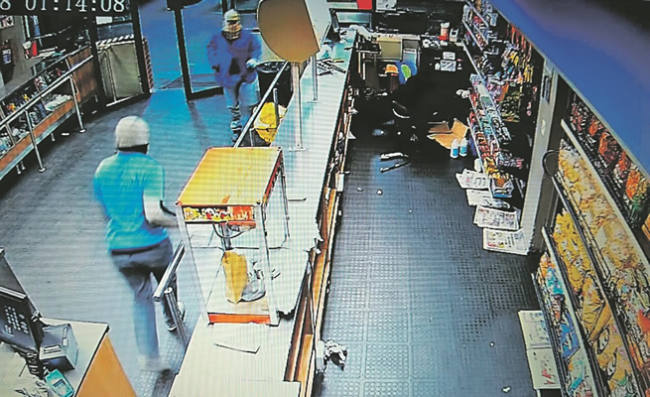 POLICE are hunting for thugs who robbed a filling station. During the movie-style robbery in KaBokweni, Mpumalanga on Tuesday, over 20 people were held hostage.

Filling station manager December Mokoena said one of the robbers entered the shop, pretended to be looking for something in his pockets and left again.

“He then came back with another guy. They pointed a gun at a petrol attendant and forced the cashiers to move to the back of the shop while they took cigarettes and an undisclosed amount of money from the till,” he said.

“After a while, a third man entered the shop with a yellow bag and collected the money from the other two.”

Mokoena said they forced everyone who entered the shop to go to the back while they took what they wanted.

CCTV footage shows the robbers trying to bomb a cash safe but not succeeding. They then take cellphones and money from customers and staff.

Mokoena said they called the police but they didn’t respond in time to bust the robbers. He said if they had been quicker, the thugs would have been caught.

The thugs fled with the cash and cigarettes after hijacking a customer’s taxi.

“We have recovered the taxi and investigations are continuing. We appeal to members of the community with information to call KwaBokweni Police Station,” he said.