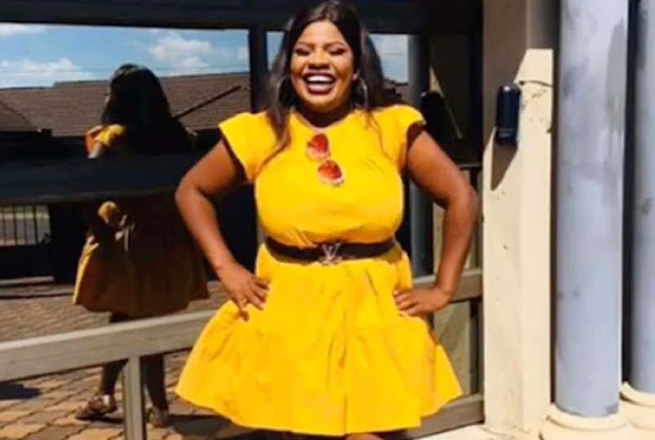 The family of a 25-year-old woman who was found dead in a pool of blood at her boyfriend's parents' house has pleaded with the police to arrest the perpetrator.

Dimakatso Lebelo's naked body was found with multiple stab wounds at a house belonging to her boyfriend's parents at Hans Village in Mapela outside Mokopane, Limpopo, on Monday afternoon.

Her uncle Stanley Lebelo said the family is heartbroken as the deceased is leaving behind a two-year-old daughter who would no longer have someone to call a mother.

"For the sake of the child and the Lebelo family, we are pleading with the police to find the killer and send him to jail. It was heart-wrenching to see Dimakatso's body with deep cuts all over her body, hence we seek justice," he said.

Lebelo said they suspected the killer used a sharp object to kill Dimakatso.

"There were pieces of smashed beer bottles in the house and everything was scattered all over. I also suspect that the murderer smashed her head with a blunt object as there were visible injuries on her head," said Lebelo.

He said the family believed that Dimakatso's boyfriend, who is on the run, was responsible for her death. "If he has got nothing to hide he should report to the nearest police station."

Police spokesperson Brig Motlafela Mojapelo said the victim and the alleged perpetrator were known to be lovers and have a child together.

"The Mahwelereng police were alerted to a murder scene by the sister of the boyfriend who found Dimakatso on a bed with multiple wounds. Parts of the house such as the kitchen, passage and suspect's bedroom was filled with blood stains and clothes [scattered] all over," said Mojapelo.

He said that no-one was found in the house at the time the horrific murder scene was discovered.

Lebelo described Dimakatso as caring mother who loved her daughter.

Mojapelo said a manhunt is now on and the Mahwelereng police are pleading with the public to assist them in locating the alleged perpetrator.