Home General News Lindani Myeni was ‘killed by cops because of his Zulu accent’ –... 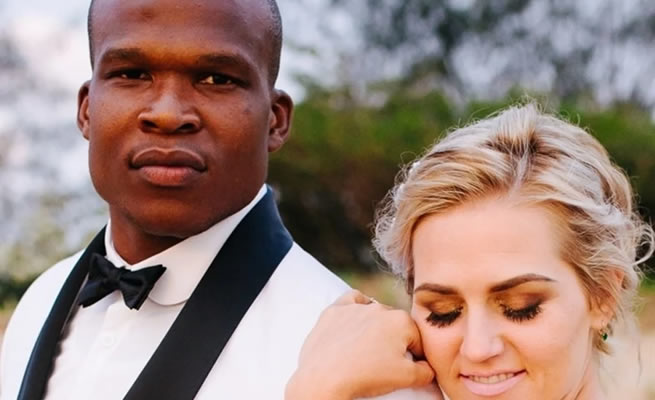 The widow of Lindani Myeni is getting tough with the cops who shot her husband, filing a 'wrongful death' lawsuit against the US police department.

Lindsay Myeni, The wife of a KZN-born former rugby player who was shot dead by US cops. has confirmed that she will now open a wrongful death lawsuit against the authorities – and the widowed 29-year old is set to sue the Honolulu Police Department. Lindani Myeni was killed after officers, suspecting he was part of a burglary, opened fire on him.
‘Killed because of his Zulu accent’ – Lindani Myeni cops to be sued by widow

Angered, exhausted, and hellbent on securing justice, Lindsay is stepping up her campaign to hold law enforcement officials responsible for the death of her husband. During a press conference on Thursday, she lambasted the police for ‘racially profiling’ Lindani Myeni – citing his Zulu accent as a factor in the officers’ response.

“The police abused their rights and shot him dead because he had a heavy Zulu accent and was black. The whole burglary story is a lie. Why would he take off his shoes and rob a house? It is sad that black people should live their lives looking over their shoulders. I called him 20 minutes after he went for a drive. He was coming home.” | Lindsay Myeni
Police investigation already under scrutiny

Meanwhile, Honolulu prosecutors are set to investigate their own department, to see which officers – if any – need to be held accountable for Lindani Myeni’s death. However, the probe could still prove to be highly controversial…

“Ideally there would be an independent investigating agency like other states have, but without that, prosecutors doing their own investigation is the next best thing. Any evidence collected, including additional body camera or police reports, would not be released in the Myeni case, as part of the investigation before deciding on potential charges.”