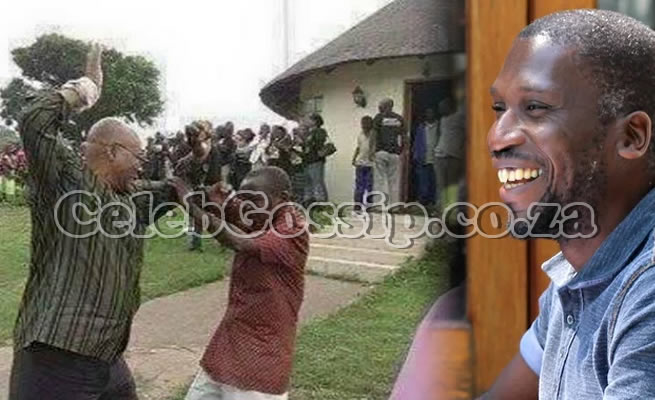 The man behind the R246 million taxpayer-funded upgrades at former president Jacob Zuma’s Nkandla residence is pleading poverty, saying he cannot even afford lawyers to fight attempts by the Special Investigating Unit (SIU) to recoup money from him.

The unit’s special tribunal is trying to recoup R155 million from Minenhle Makhanya, Zuma’s personal architect, who project-managed the controversial upgrades that ballooned from R30 million to nearly a quarter of a billion rand.

One of the biggest controversies in Zuma’s scandal-ridden presidency, the Nkandla development – a luxurious homestead that has a helipad, underground bunkers, security and accommodation for guards, a firepool, a chicken run and fencing around the entire complex, all at the expense of the state – resulted in a landmark Constitutional Court judgment in which the head of state was admonished by the highest court in the land, and Parliament was given a scathing rebuke for failing to hold him to account.

On Friday, KwaZulu-Natal High Court Judge Kantharuby Pillay ordered that Makhanya had until the end of next month to decide whether he would contest the case against him, and also to provide a list of witnesses he wanted to bring to court.

In addition, Pillay ruled: “The defendant [Makhanya] is directed to revert by no later than May 30 as to whether he proposes to use and/or rely upon any photographs and/or video recordings at the hearing of the trial.”

He added that Makhanya should furnish the court with a “core bundle with any documents which [he] proposes to rely upon that are already included therein”.

However, the architect – who was previously found to have pocketed R16.5 million from the project and to have overseen the retention and repayment of other contractors – told the high court sitting in Pietermaritzburg that he needed the assistance of Legal Aid to defend himself.

Makhanya’s lawyers, who were appearing pro bono, told the court they would not be able to continue representing him, celebgossip.co.za has learnt.

They said his application for Legal Aid Board assistance had been turned down. Makhanya is appealing the decision, which is expected to take another month to be finalised. Makhanya, who was present in court, looked sombre.

The only other people present were SIU officials, the legal teams, the judge and court officials. The SIU initially brought the application to the Pietermaritzburg High Court in 2014, and it has dragged on ever since.

In her 2014 Secure in Comfort report, former Public Protector Thuli Madonsela found that Makhanya was the “de facto project manager”, the “principal agent” and the “go-between for government officials and the president”.

She said that it was on his watch that the costs of the Nkandla project had escalated “exponentially”, rising by more than 200% within a year.

It was also clear that this uncontrollable escalation had taken place once the decision-making power had shifted to Makhanya as the principal agent, said Madonsela in her report.

"We’ve given the lawyers for the SIU and Makhanya until May 30 2021 to comply with the directives and narrow the issues in preparation for the upcoming trial," SIU special tribunal spokesperson Selby Makgotho said.

So powerful was Zuma’s personal architect, she found, that in her opinion, “even a minister could have difficulty countermanding Mr Makhanya”.

Three successive public works ministers had overseen the project, which ended up being a shoddy and flimsy upgrade that various investigations concluded could not justify the R250 million price tag.

It is unclear where the money had gone, as most of the contractors and sub-contractors went into liquidation in the aftermath of the project.

A few, however, had seen their lifestyles take a dramatic turn for the better.

BIGGEST VICTIM OF THE SCANDAL

Makhanya is set to become the biggest victim of the scandal. His client – Zuma – was slapped with a R7.8 million bill, which he paid with a bond from the now shuttered VBS Mutual Bank.

Public works officials who said they were being made scapegoats by their political principals who ordered the upgrades were suspended following a half-hearted disciplinary process.

“We’ve given the lawyers for the SIU and Makhanya until May 30 2021 to comply with the directives and narrow the issues in preparation for the upcoming trial to be held in the Pietermaritzburg High Court,” he said.

"The recovery of monies and assets acquired in a corrupt manner will be fast-tracked and returned to the state," SIU head Andy Mothibi said.

In the Constitutional Court ruling, following the application by the EFF and the DA, the court found that Zuma had failed to uphold the Constitution by flouting a directive from Madonsela that he repay the state for the money spent on luxuries at his upgraded home.

SIU head Andy Mothibi said in 2019 that due to the delays in the matter, he was waiting for President Cyril Ramaphosa to establish the special tribunal, which would adjudicate on civil matters emanating from SIU investigations into the Nkandla matter.

At the time, the processes to establish the tribunal were at an advanced stage.

“Once the special tribunal starts functioning, the delays in enrolling SIU civil litigation matters will be addressed, and the recovery of monies and assets acquired in a corrupt manner will be fast-tracked and returned to the state,” Mothibi said.