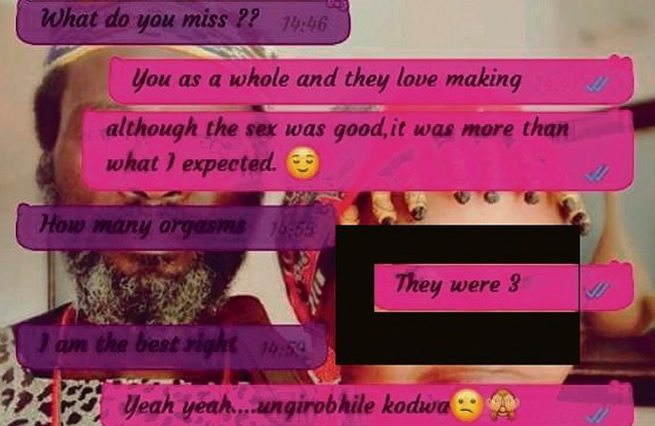 He is known for giving people hope with his motivational words.

But he’s been accused of being a hypocrite.

This is because the married Bishop Joshua Maponga has allegedly been having an affair.

His 29-year-old nyatsi from Newcastle, KZN, said although they spent most of their time hiding in hotels, the affair was amazing.

She alleged to have been impregnated by Maponga but miscarried.

Local press Daily Sun is in possession of medical records which show she had a miscarriage in February when she was nine weeks pregnant.

Sharing how the relationship started, the woman said she sent Maponga a message on social media in October asking for spiritual guidance for her calling.

She said he introduced her to one of his associates, a sangoma.

However, he kept checking up on her regularly.

“I dreamt of him one night and thought it was a sign from the ancestors he’s the right person to help me. I began to feel comfortable.

“He invited me to Joburg and paid for my travel expenses including the hotel. He said he wanted to marry me as his second wife.”

According to her, she used to travel to Joburg at least twice a month and stay for a few days.

She said Maponga gave her dried mushroom to have on an empty stomach while she fasted and to introduce him to her ancestors.

She said on one of her visits in December, he told her he suspected she was pregnant.

“The results came back positive. But one morning I had severe cramps and started to bleed. My mum took me to a clinic and I was told I had a miscarriage.

“I was heartbroken and more hurt that he showed no sympathy. I then realised things are not what they seem. I no longer had visions and dreams,” said the woman.

Daily Sun is in possession of their intimate WhatsApp conversations, which include conversations about rituals for their dead unborn child.

In one of the conversations, the woman updates him on the ceremony. She lists the items needed for the ceremony, adding that one of the goats was for them as parents.

She suggests that as Maponga won’t be there for the ceremony, he can do it separately on his own.

She wrote: “I had to update you because the matter involves you.”

Furthermore, Maponga named the dead baby as per custom.

The woman’s mum said she knew about the affair and expressed her disappointment.

“I’ve never met Maponga but we occasionally spoke on the phone. I loved the man because my daughter was happy,” said the mum.

“I also loved his preaching, but he’s not what he appears to be. I hate him for what he did to my daughter.

“He didn’t even care when I called to inform him she was bleeding and had cramps. He was rude.”

She said she prays he never comes back into her daughter’s life.

“I believe my daughter dated him because he has her father’s features and thought she’d receive the same kind of love and care she received from her father while he was still alive,” said the mum.

“But it’s now clear Maponga was taking advantage because she’s young. My daughter could’ve killed herself if I wasn’t around because of the emotional and spiritual pain she went through.”

Although he said he knew the woman, Maponga denied allegations of infidelity, pregnancy and using muthi. He said the woman was trying to extort money from him and accused her of harassment.

“The woman called me asking for spiritual guidance. She said she had a calling,” said Maponga.

“I used my network from the Sankofa TV programme to introduce her to relevant people because I’m not a sangoma.

“However, she began sending me lots of long messages regarding her calling and demanding money for things she needed for her spiritual ceremony. She was harassing me. I supported her T-shirt business and she wanted more money for her spiritual goals.”

He insisted that he was merely sharing advise to help her with her calling. He said the use of a mushroom was advice he received from an associate.

“I’m saddened by this because everything I did was in good faith. I was only trying to help,” he said.

“She’s very manipulative. I blocked her because of the harassment and her obsession.”

When Daily Sun asked Maponga to respond to the screenshots of their intimate conversations and pregnancy, he asked to meet the SunTeam on Thursday for a comprehensive reply.

But on the day of the meeting, he asked the Sun Team to meet him in the presence of his attorneys.

Daily Sun opted to send his attorney an email of the inquiry, whose receipt was acknowledged.

The attorneys had not responded to the inquiry at the time of going to print.

The woman denied allegations of harrasment and extortion. She said she’s been in recent weeks and days in communication with Maponga discussing the ceremony of the dead baby.

On Sunday, further attempts to get a comment from Maponga’s attorneys were made without a response. 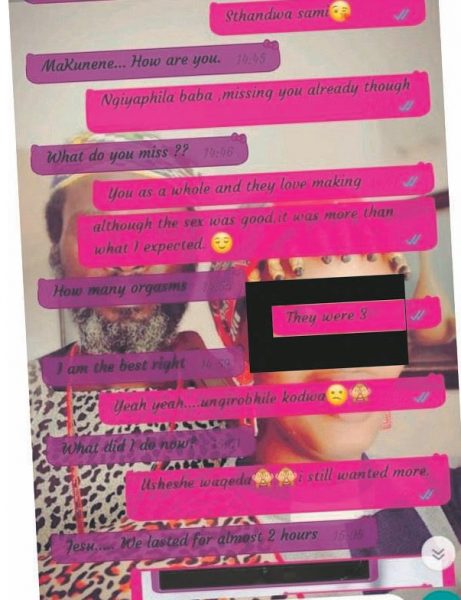 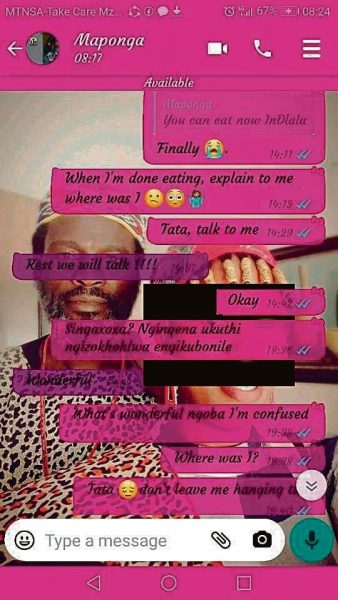 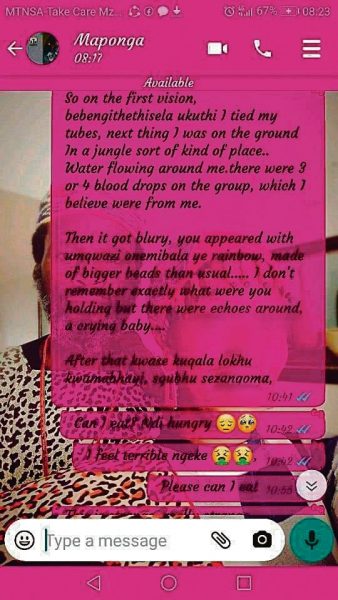 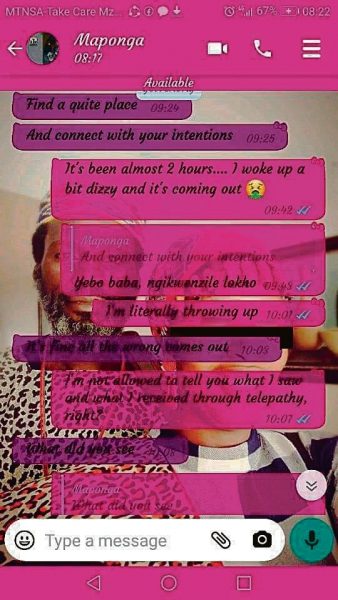