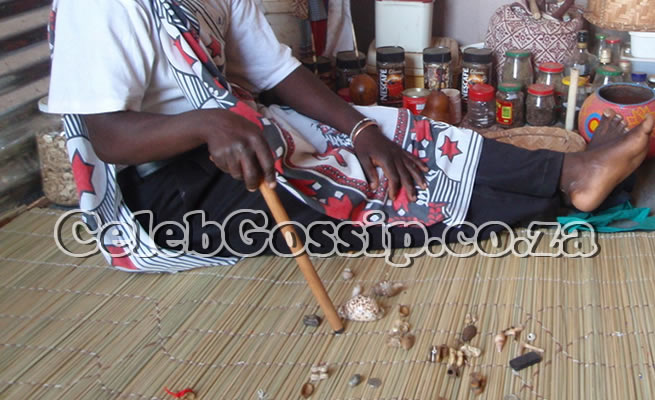 THINGS were not going well for her, so she visited a sangoma looking for help.

But instead of helping her, the devious sangoma has complicated her life. He poked her and she is now pregnant, but as usual, the man is nowhere to be found.

The 29-year-old woman from Evaton, south of Joburg, said her life has never been easy.

“My parents died four years ago and were both unemployed. When I finished school I hopped from one he job to another. I struggled to keep a job. I’ve also been struggling to keep a man. I had three miscarriages,” she said.

She said she visited him in November and he promised to help her.

“He told me there’s a dark cloud hanging over me and I needed to be cleansed,” she said.

The evil sangoma claimed to have cleansed her. But then he told her he needed to have sex with her at least four times to pave the way to a better love life.

“I was desperate because I’ve been struggling to keep a man. So I didn’t hesitate when he suggested this,” said the woman.

However, they poked more than four times and the woman told the sangoma she was becoming uncomfortable.

“He acted like he understood and said things will get better,” she said.

But little did she know she was already pregnant.

“When I told him I’m pregnant he told me he wasn’t ready for another child. He already has five children. When I tried to talk to him again about the pregnancy, he hung up and blocked my calls. I’ve been trying to get hold of him, but he won’t talk to me.”

The woman’s cousin (27) knows the sangoma and was shocked when her cousin told her what had happened.

“She’s been through a lot. It’s disgusting that he took advantage of her. I hope he gets hit by a truck,” she said.

But the sangoma (41) told the People’s Paper he didn’t run away. He said he needed time to think and has other kids to deal with.

“I don’t care what people think. My ancestors wanted us to have sex. This has also been a lot for me, so can I please get the space I need? I’ll deal with this matter when I’m ready,” he said.

Dr Oscar Ngcuka of the #VukaMngoma Traditional Healers Association said: “We heal using different methods without compromising the dignity of the patient and that of the sector.”

He said if the lady feels violated, it’s her right to lay a charge should other means of negotiation fail.