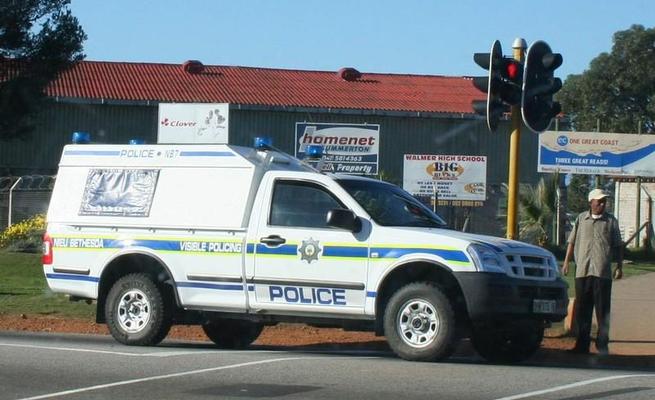 A young police officer has allegedly committed suicide following a lover’s tiff with his girlfriend over a video call.

Police are investigating the death of the 21-year-old constable, who died in his Parow Valley flat from a gunshot to his head on Monday.

He was found dead in his apartment by a fellow police officer after he left his post at the Cape Town Central Police Station earlier that day.

A police source close to the investigation said that the constable, whose name is known to the news crew, had an argument with his girlfriend after she reportedly refused to have doggy-style sex with him the day before and after reporting to work at 7.30am, he was deemed unfit for duty and was sent home.

“The deceased video called his girlfriend in the afternoon, holding his SAPS issued firearm against his head. The girlfriend then switched the phone off and tried to get hold of his colleagues until one of them went to his flat in Joubert Street.”

The source added that when the police officer entered the flat, he discovered the lifeless body of the cop, who is originally from Macassar.

“The constable shot himself in the right side of the head, with an exit wound on the left side of the head. Two cartridges for the gun were found on the scene while there was another shot fired into the mattress of the bed. The bullet which killed the constable was found lodged in the bedroom door.Investigations showed it was found that there was no safe installed at the apartment.”

The source added that the constable’s firearm was handed in for ballistic testing while his cellphone was sent in for analysis.

Police spokesperson Sergeant Noloyiso Rwexana confirmed that an investigation has been opened, but said the name of the constable cannot be released until his family is notified.

“A death inquest has been opened for investigation after a 21-year-old constable, stationed at Cape Town Central SAPS, was found with a gunshot wound in a flat in Parow yesterday afternoon. The circumstances surrounding his death are being investigated,” she said.

“The name of the deceased is withheld as this office is yet to receive an official confirmation that the family has been informed.”