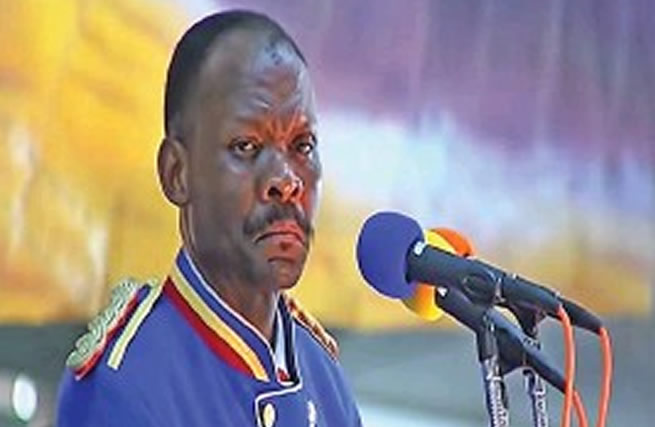 Doctor says signature on document submitted to home affairs falsely declaring dead the wife of church leader was forged; he too will open fraud case

A medical doctor, whose credentials were used in a fraudulent submission declaring the death of the estranged wife of a prominent bishop to the department of home affairs, says he has no record of such a patient nor did he issue the death report.

Dr Moses Poane, a general practitioner in Mabopane, north of Pretoria, where an alleged wide-scale fraud was undertaken to certify the wife of Michael Sandlana, the leader of a faction of the International Pentecost Holiness Church (IPHC), dead was visited by police investigators yesterday.

Poane revealed he has never met Magalane Benedicta Sandlana, whose death certificate was issued by home affairs on April 9, after Poane’s purported signature was affixed to a form used as a death report to issue the certificate.

Magalane was declared dead by the department of home affairs on March 16. She discovered this when she struggled to transact on her bank account last week and later she was told she had been declared dead.

Magalane has opened a case of fraud with the police and home affairs minister Aaron Motsoaledi told Sowetan that an investigation has been initiated by the department’s anti-corruption unit after he was made aware of the matter.

Poane said the department contacted him because “my signature was found in the document”.

“I checked my books and the name [of Magalane] did not correspond with information of any deceased person in my BI booklet,” Poane said. He said he was also approached by the police and he deposed a statement to them.

Poane said the form used for Magalane’s death report was from a 2017 booklet, while the dates on the form were for March this year. “I asked the department of home affairs to provide me with a copy of the form so I can see it and also cross check it against my records, but they told me that the file containing that form was in their archives,” he said.

Poane, who has been in private practice for over 10 years, said he would open a case of fraud once he received a copy of the fraudulent document.

“I do not even know the Sandlanas. I have never heard of him and this just makes no sense to me as to how they accessed my particulars,” he said.

Magalane, who said she fears for her life, also discovered she was declared dead to place her estate under her husband as the executor. The letter of executorship was submitted and approved at the Master of the High Court in Pretoria on April 9.

The department of justice did not respond to questions on the letter of executorship approved by Master of the High Court in Pretoria.

Motsoaledi said the department was looking into the matter but refused to comment further saying it was also in the hands of the police.

Michael Sandlana, has been rocked by allegations made by his wife, Lethabo Bennedicta Sandlana, which expose him as an adulterous cheat, abuser and illegitimate leader.

The woman, who is said to be currently in hiding as she fears for her life, has also detailed how the church leader has been using muthi, including baboon oil, which was applied on her on the grounds that it would strengthen her.

She accuses him of leading her astray, saying that he introduced her to sangomas and to alcohol after telling her that it was good for her body, something which she said was contrary to her religious beliefs and those of the IPHC.