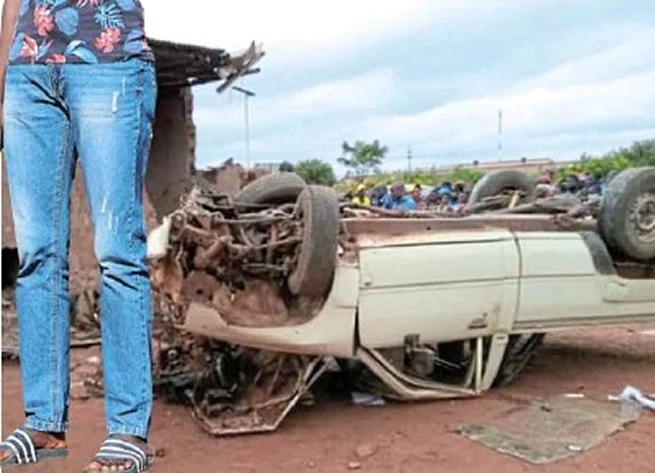 A 19-year-old pupil who drove his father’s vehicle and lost control, killing six pupils in the crash, did not have a driver’s licence.

“The bakkie lost control near Cashbuild hardware and collided with Pyata rental residential rooms whereby the bakkie overturned and killed six pupils on the scene.

Local chief Hosi Masenyani Maluleke has lashed out at the boy’s parents for allegedly allowing their son to drive without a driver’s licence.

“I’m deeply hurt that parents continue to give their children cars to drive around without a licence, and look what happened now? We lost young people in an accident,” he said.

Speaking during MEC for education Polly Boshielo and social development MEC Nkakareng Rakgoale’s visit at the school, Maluleke added he was told that the car was speeding and lost control.

A family of one of the deceased said they knew the driver and wanted justice to take its course. “We know the driver as one of the pupils at the same school. All we want is for justice to prevail as we heard he didn’t have a driver’s licence,” said Themba’s aunt Penelope Chauke.

Chauke said she received a call that her nephew had been involved in a car accident. “When I rushed to the scene I couldn’t find him, I only found his school bag. We looked for him throughout the afternoon until we got a confirmation from the police in the evening,” she said.

Millicent Masipenda, who lost her younger brother Tommy, said the family was heartbroken at losing a bright and intelligent person.

“He was very bright and promising that he is going to become someone big when he completed his studies. We are going to miss him because he was helping everywhere he could in the house,” she said.

Rakgoale also announced that the Limpopo government has established a committee to assist the families with funeral arrangements.