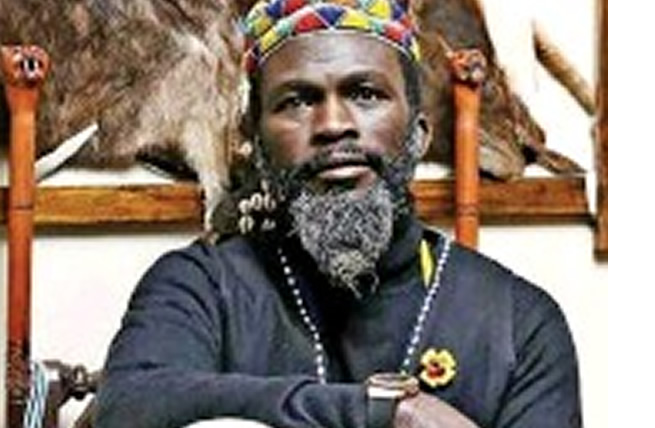 Revered man of the cloth, Bishop Joshua Maponga, claims to have lost lucrative financial sponsorships and business deals after a Nigerian social media blogger, Solomon Izang Ashoms, accused him of being a womaniser.

Maponga, a married man with kids, is also agonising that his marriage might collapse as a result of Ashoms’s allegations, which he said were defamatory and devoid of truth.

The heart-breaking tidbits are contained in Maponga’s urgent court application for an order to interdict Ashoms from further defaming him on social media and to pay him a total of R5-million for financial loss and reputational damage that he has suffered.

In the court papers seen by Sunday World, Maponga said that on April 7, Ashoms took to his Facebook page and alleged that he was a womaniser and that he knew all of the bishop’s illicit sexual relationships.

“Not only did the respondent’s recklessness affect the applicant, companies, churches and programmes he is affiliated with, he has suffered a knock as people now associate all these institutions with the allegations directed against him,” read the papers.

He also said that the post did not only portray him as hypocrite and a man of loose morals, but was also defamatory because Ashoms did not provide evidence to support his allegations.

Maponga further said Ashoms, who calls himself a journalist and culture commentator, did not even give him a right of reply before publishing the allegations against him and, by so doing, he had deliberately violated his constitutional right to protect his dignity and correct the allegations that caricatured his image.

He said after learning of the allegations, his lawyers wrote to Ashoms and pleaded with him to remove the posts, retract the statements and apologise, but he refused to do so.

As a result, Maponga said, he wanted the court to grant him an order to force Ashoms to pay him R2-million for reputational damage and R3-million for financial loss he suffered.

“Compensation of an amount of R3-million for financial losses suffered by the applicant in the form of the withdrawals of some of his sponsors and or business associates as a result of false, defamatory and unlawful statements made by the respondents against the applicant.

Compensation of an amount of R2-million for reputational damages caused to the applicant,” read the papers.

The popular man of God was not the first to file a defamatory lawsuit against Ashoms, who often ruffles feathers with spicy comments on Mojalove television show Amabishop, on which various religious leaders were hanged out to dry.

Ashoms said he would prove that he was not lying about Maponga at the right time.

Maponga said he would persue Ashoms until he auctioned off his wife and kids at the market. “I will go with him to the grave,” he said.