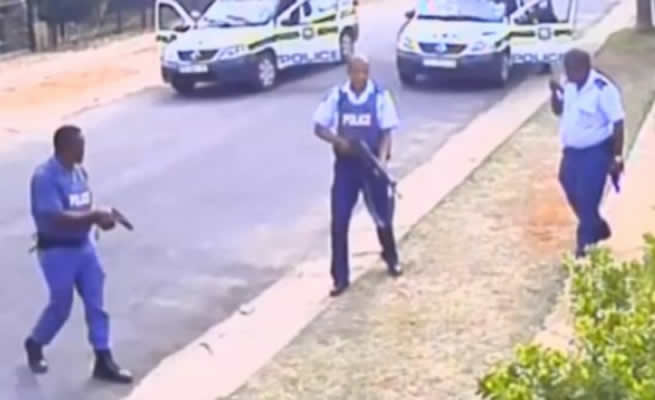 MYSTERY continues to surround the death of Mpembeni resident Bheki Ndlovu (39), who was shot and killed by police in his home last Sunday.

The Independent Police Investigative Directorate (IPID) is investigating the killing as police and family continue to point fingers at each other.

The family has come out with guns blazing, challenging the police's version of the incident.

Police claim Ndlovu was wanted for attempted murder and for being in possession of an unlicenced firearm.

"SAPS received information on the whereabouts of the suspect and it is alleged he was shot while resisting arrest. A postmortem was conducted in Richards Bay on Tuesday and IPID will compile a forensic report to determine the facts surrounding the shooting," said IPID national spokesperson, Ndileka Cola.

Ndlovu was shot seven times in his chest and head, and died at the scene.

According to his brother, Sifiso, a group of policemen knocked on the front door of the house in which his brother was sleeping with his girlfriend and their seven-month-old daughter.

"They simply opened fire before he could open the door. Police are supposed to first ask questions, not just shoot an unarmed man in front of his family. All we want to know is why he was killed and for those responsible to face justice," said Sifiso.

Since the incident, speculation has been rife about a possible motive for the killing.

Some residents believe the incident was just another act of police brutality, while others are certain it is related to the long list of murdered locals in the area.

Over the past year, Sifiso has been at the forefront of community protests against the release of arrested suspects linked to the murder of 25 people.

A spate of killings by hitmen began in 2017 and the number of victims has been increasing each year.

The list of murdered locals includes Gasheshe Nkwanyana, who was gunned down while returning to the area from Richards Bay on 10 July, 2017.

The same year, Ntuthuko Dladla was assassinated on 13 July, while Khaya Ncube was murdered on 16 September.

Keke Ngwane was shot dead in broad daylight at eSikhawini Mall on 26 September.

In the early hours of 21 November, Wiseman Hadebe was killed in a hail of bullets at Ngwelezana while waiting for a lift to work.

In 2018, three relatives, including a two-year-old girl, were executed and their house torched.

This was followed by 19-year-old Grade 12 pupil Sanele Mthiyane who was killed in front of customers at Dion Tavern, as well as other mysterious deaths in the area.