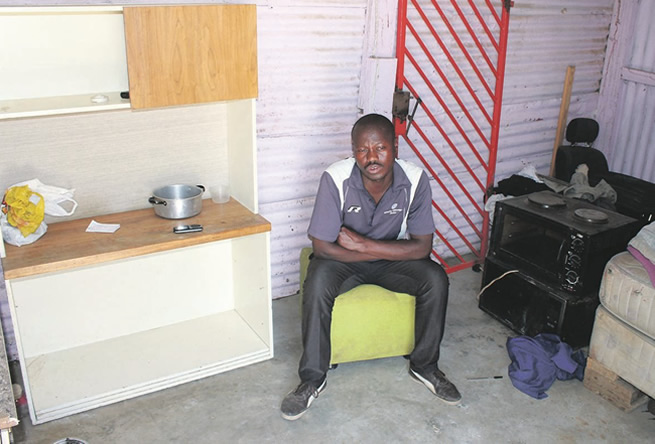 It was love at first sight for Tshepo Baloyi (37).

He was blinded by love that he let his new girlfriend and her one year-old son move into his house in Ivory Park, near Midrand.

but he learnt the hard way as it turns out the woman was not that into him.

When Tshepo came back home from work, he discovered that his girlfriend of four weeks was gone – and so was his fridge, plasma TV and other valuables.

The woman, from a village in Limpopo, then switched off her phone. And to this day, he has not been able to trace her.

Tshepo believes 26 year old the lady was using him as a ticket to a better life in Gauteng.

He claimed that the police at Ivory Park cop shop refused to help.

“They told me to look for her and notify them. But where will I find her?” he said.

Tshepo said he fell in love with her when he met her at a funeral in Limpopo, and she visited him with her son. “I treated her son as my own, and I thought we were building a family. But she turned out to be a snake.”

He said when she moved in with him, he gave her a R500 allowance.

“But she wanted me to add R300, forgetting that I was the breadwinner,” he said.

Tshepo said when he came back from work, his shack was empty and she was nowhere to be found. He said in February, she called from a different number to tell him about a new boyfriend.

“She handed the phone to her new boyfriend, who insulted and told me that I was stupid. He also said I was not going to get my things back,” said Tshepo.

He said he’s been trying to contact the number, but it’s no longer working.

Captain Bernard Matimulane advised Tshepo to go to the nearest police station and lodge a complaint.