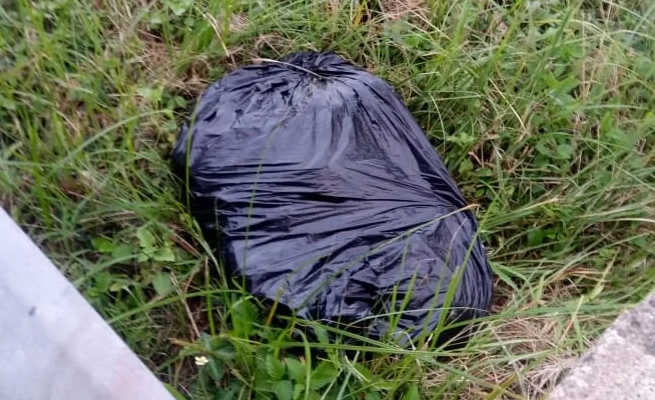 THE body of a 26-year-old woman – Nkosingiphile “Kiki” Msomi from KwaDabeka, west of Durban – was found stuffed into two garbage bags along a busy road on Thursday.

She was reported missing on Sunday, 28 March after she didn’t come back from a party she’d attended the previous night.

The party was said to have been held at the home of her boyfriend.

Her family told Daily Sun they don’t understand why the police haven’t arrested him already. They believe all the information they’ve given them is sufficient for them to make an arrest.

The sister-in-law of the deceased, Sanelisiwe Bhengu, said on Sunday the boyfriend came and told them Kiki is missing.

“We asked him why he thought she was missing because we, including himself, knew that Kiki was a people’s person who’d disappear for several days to live with a friend,” said Sanelisiwe.

She said the boyfriend came on Monday, 29 March again and told them a certain girl told him Kiki had been killed.

The third day he came, on 30 March, he said we needed to know he was not the one who killed Kiki.

“We asked him again who said he killed her. We also asked him what made him so sure Kiki was dead. Again he didn’t have an answer,” she said.

She said one the family’s men decided on Wednesday, 31 March to go to the home of the boyfriend to ask him to relay once again whatever information he had about Kiki’s disappearance.

“When he saw them coming he sped off in a friend’s car. He left behind his uncle, who was busy taking clothes off the washing line. Our relatives noticed that among clothes the uncle was carrying were Kiki’s clothes as well. They forcibly took them from him, only to discover one pair of jeans and one shirt had bloodstains that looked as if they were too stubborn to come out during washing,” said Sanelisiwe.

She said the uncle failed to answer when asked about the bloodied clothes.

“We then decided we needed to report this information to the police,” said Sanelisiwe.

Colonel Thembeka Mbele asked the family to be patient.

“We’re aware of all the information they’ve brought to the police and we’ve noted it down,” said Mbele.

“We believe it’s going to assist the police during the investigation, but we urge the family to take a back seat and be patient while police are busy doing their work.”