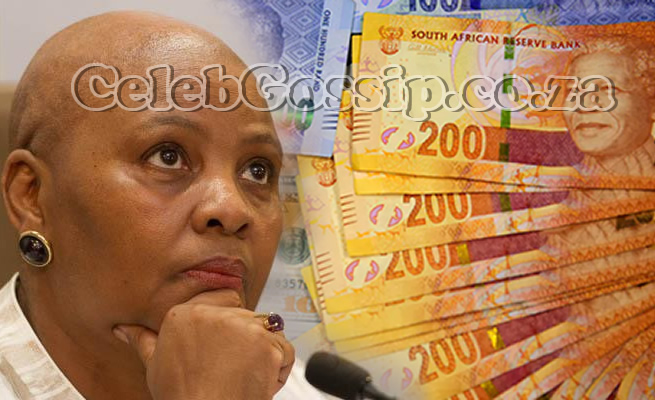 DEFENCE and Military Veterans Minister Nosiviwe Mapisa-Nqakula allegedly received wads of cash and gifts totalling about R5 million from an SANDF contractor between 2017 and 2019.

These damning allegations are contained in a letter that United Democratic Movement (UDM) leader, General Bantu Holomisa, sent to the chairpersons of the parliamentary joint standing committee on defence last week.

In the letter seen by Sunday Independent, where the contractor is not named, Holomisa claims Mapisa-Nqakula allegedly received:

♦ R300 000 that was given to a senior SANDF official “for the benefit of the minister” at OR Tambo International Airport in November 2017.

♦ R250 000 “umphako” (padkos) in August 2018 ahead of an event. ♦ R150 000 during a meeting at her private residence in Bruma, east of Joburg, in September 2018. ♦ American dollars delivered to the VIP tent at the Waterkloof Air Force Base during an aerospace and defence event, also in September 2018.

♦ An undisclosed amount of money on January 2, 2019, ahead of a trip to Durban where she was attending a family funeral.

♦ Several payments of R400 000 cash between February and July 2019. ♦ Various payments towards the renovation of her private residence including “Egyptian doors”. An Egyptian door is worth more than R30 000. Mapisa-Nqakula’s spokesperson, Siphiwe Dlamini, yesterday confirmed the minister was aware of Holomisa’s letter. “The minister is waiting for the parliamentary processes on this matter to start so she can answer to some of these allegations,” Dlamini said.

Holomisa confirmed he was the author of the letter and that he sent it to the chairpersons of the joint standing committee on defence.

“My wish is for the minister to come clean and the committee to deal with these allegations against her,” he said.

Holomisa said as a member of Parliament and a citizen of this country, he couldn’t keep his mouth shut after he “stumbled across these serious allegations against the minister”.

“I had no choice but to write to the joint standing committee on defence and ask them to investigate the matter.” Holomisa said he didn’t write to President Cyril Ramaphosa because the minister’s husband, Charles Nqakula, is the national security advisor for the president. Ramaphosa was forced to dock three months salary from the minister last year after she allowed ANC members, including the party secretary-general Ace Magashule, to fly on a defence force plane to Zimbabwe for a non-governmental meeting. The minister was found guilty of misusing state resources for ANC business after she gave a lift to her comrades. In 2016, Mapisa-Nqakula was accused of smuggling a foreign national with a false passport into South Africa on a state jet.

The Burundian woman was arrested in the Democratic Republic of Congo after she tried to board a commercial plane to South Africa with fake documents.

The documents were allegedly organised by Mapisa-Nqakula’s sister who worked in the Burundi embassy at the time.

The minister’s sister was subsequently suspended from the embassy and recalled.

After Mapisa-Nqakula allegedly managed to smuggle the woman into South Africa, she stayed at her private residence in Bruma where she was allegedly dating one of the minister’s sons. The minister was being investigated but the outcome of the probe was never made public.