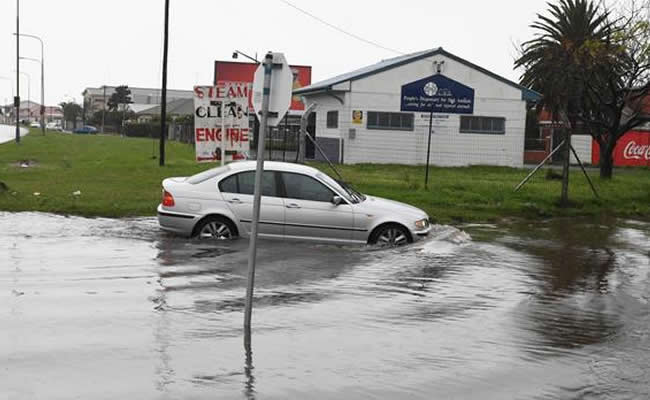 Heavy rains and winds continue to cause chaos as numerous power lines have been reported to be down across Cape Town.

Power lines are down in Wynberg, Gugulethu and Lansdowne and trees have been uprooted in Vredekloof, Constantia, Tamboerskloof, Pinelands and Durbanville.

Approximately 4 000 homes have been hit by flooding in Khayelitsha, Philippi and Macassar.

No evacuations or emergency sheltering was activated, said the City of Cape Town.

"Various City departments are making assessments and will continue the mop up operations that have been ongoing since the cold front hit," said City of Cape Town Disaster Management spokesperson Charlotte Powell.

On Sunday, Cape Town experienced highly-anticipated rain, but mayoral committee member for transport and urban development Brett Herron warned that the downpour caused flooding of many roads across the city.

The flooding had occurred due to obstructions in the storm water system catch pits and entry gullies, he said.

The most affected areas of flooding were Lower Gordon Road in Strand, Kudu Avenue in Lotus River, Crescent Road on the corner of Claremont Avenue, Louw Avenue in Grassy Park, Fernwood in Newlands, Main Road and the R44 in Somerset West, and Carel Uys Road and Blombos.