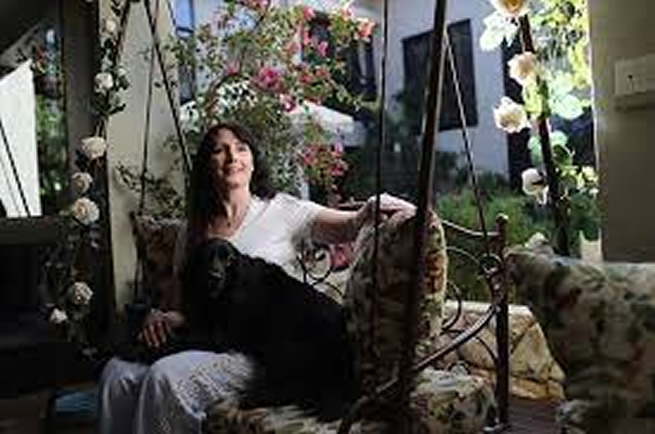 Dr Sue Walter, who has bone cancer, is fighting for the right to assisted suicide in South Africa

She has spent most of her career caring for people on the cusp of death and knows how important it is for them to die with dignity. As a palliative care physician, Dr Sue Walter has long been fighting for her patients to have the right to end their lives. But when she was diagnosed with a terminal illness herself, she took things to the next level: all the way to the high court in Johannesburg.

Sue (47) is fighting for terminally ill patients such as herself to have a choice to end their suffering either through physician-assisted suicide (PAS) or euthanasia.

“I want to change the law, not just for myself, but on behalf of all people who suffer through their dying experience.

“It’s not just the pain,” Sue says. “It’s everything associated with illness like nausea, anxiety and the feeling of being a burden on your family or society.”

When she was diagnosed with multiple myeloma, a form of bone cancer, she immediately thought of PAS – but assisting a person to die is illegal in South Africa.

In 2015, advocate Robin StranshamFord, who was dying of prostate cancer, turned to the court to change the law. In a landmark judgment, the high court in Pretoria ruled it was Robin’s constitutional right to die with dignity. He could be assisted to die with the help of a willing medical doctor. Sadly, he died just hours before the court announced its decision.

When the matter was appealed in the Supreme Court of Appeal, the ruling was overturned. The SCA found the high court’s order dealt only with Robin and not all terminally ill patients, and when he died the relief was no longer necessary.

The SCA did, however, call on parliament to consider legislation on the matter. But it’s five years later and nothing has been done.

Sue was an expert witness in Robin’s case. Knowing his request was granted has made her more determined to fight for her right to die with dignity.

“We need to pursue this,” she says. “We really need to push for it.”

DRIVING home on 3 February 2017, the day before her birthday, she got the call that turned her world upside down. “They told me I had multiple myeloma – it was a big shock,” she recalls.

Treatment options included a bone marrow transplant and chemotherapy, but Sue decided against these because her illness had already progressed to the final stage.

“Also, the quality of life when you have those kinds of treatments is really not nice. I’ve got an 18-year-old daughter and I just wanted whatever life I have left to be of some quality so that I can be with her.”

Sue has led an impressive life. She did three psychology degrees before she studied medicine and obtained a diploma in palliative care medicine at Wits in 2007. This was followed by a masters in palliative medicine from the University of Cape

Town before she registered for her PhD. To top it all, she’s also a qualified acrobatic dance instructor.

Before her diagnosis, Sue says, she was always busy but that all changed after her diagnosis and life as she knew it pretty much ground to a halt.

She had to give up her medical practice and was often bedridden. She says the past four years have been challenging, but the support from her family and friends have carried her through.

“My husband, Chris, daughter, Amy, and two brothers who live in the UK are my rock,” she says.

Her illness has been particularly hard on her daughter. Sue was delighted to see Amy matriculate last year and hopes to be around when Amy finishes her A-levels in English literature in the UK.

With some luck she may even live to see her daughter graduate and get married one day – because despite declining treatment, Sue has defied the odds. Her cancer has been in remission since October 2019 and she takes care of herself with a vegetarian diet and by treating her pain and nausea “as it comes”.

She and Amy contracted Covid-19 in June last year but both made a full recovery. Right now, Sue is determined to stay well enough so she can get the law changed.

“We have to wait for October for the rest of the trial,” she says.

HER voice sounds drained when we speak to her via Zoom, but Sue is determined to power through. Those close to her say her dedication to this case began before her own diagnosis.

“She was already established in palliative care and was very concerned at the time that medical teams were overriding the living will of patients,” says Professor Kevin Behrens, director of Wits’ Steve Biko Centre for Bioethics.

Professor Behrens also supervised Sue’s PhD before illness forced her to quit. “She wanted to do research that would at least help to change the law,” he says.

She knows it’s a controversial issue, but her research shows giving patients a choice in how they die often gives them a new lease on life. “It makes you feel like you’ve got some kind of control over your journey and that’s extremely therapeutic.

“Having the option is enough to keep some patients alive.”

Those who oppose assisted suicide often use the sanctity of life as their main reason for contention, she says, but should the law change, people will still have the right to choose.

There’ll also be strict policies and procedures in place before assisted suicides are approved. “We’ll have two physicians to state that you’re terminally ill, there’ll be a psychiatrist involved, and you’ll have access to palliative medication for a period.”

After the time frame for palliative care and medication has lapsed, patients will be asked again if they want PAS. “I t ’s a process that’s there to safeguard people.”

There’s been criticism from people who believe a change to the law will be an invitation to unscrupulous relatives who’ll urge a dying relative to accelerate their death in order to inherit from their estate. Sue acknowledges it’s a concern. “That’s why the practice will need to be strictly monitored so we don’t fall into that trap.

“Then they’d have to wait a period of time, about six weeks or so, and then only after they’ve requested it the second time do you go ahead,” she explains.

Sue’s case has caught the attention of Wits University’s Centre for Applied Legal Studies (Cals), which has joined the proceedings as friends of the court.

According to Sheena Swemmer, who’s representing Cals in the matter, they plan to bring in experts from countries where PAS is legally allowed. “The point is to show different jurisdictions have policies that are tailored for their country and their cultures and this can be done in SA,” Swemmer tells YOU.

The case isn’t only about dying, she adds. “People have the right to various autonomous choices during life and ultimately this should extend to decisions around death.”

Sue hopes the law will be changed in her lifetime. “I know my cancer is coming back. But for now, I’m doing well. I feel like I’ve been given the strength to fight.