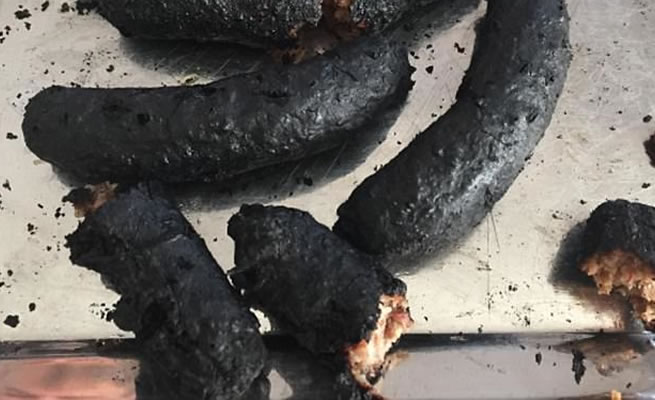 Sontaga has lost his job, his dignity and the use of his penis.

And he may even lose the love of his passionate young wife.

“She still needs to be satisfied in bed, but i can’t do it anymore!” he said.

Fifty-year-old Sontaga Matladi from Mamphakgo Village in Sekhukhune, Limpopo, says his life changed that day in December when caustic chemicals spilled on his 'bedroom sausage'.

“I’m worried my marriage will collapse. My manhood was burned by chemicals. I can’t get an erection,” he said.

Matladi was a machine cleaner at Super Oil Mills, a company in Marble Hall that produces cooking oil.

“My young wife still needs to be satisfied in bed, but I can’t do it anymore. I yearn for her but I can’t do anything. I don’t feel like a man anymore. There’s no joy at home,” he said.

Matladi can’t satisfy his wife financially either. He’s unemployed. He was retrenched last week and given R2 300.

When he was employed in June 2020 he earned R2 500, sometimes R3 500. He’s desperate for a job to feed his wife and son. He said the company didn’t give them protective clothes even though they worked with dangerous chemicals.

Matladi said he was working with caustic chemical that spilt on his 'baby-making tool'.

“I told my boss but he didn’t say anything or take me to hospital. I used my last money to go to a pharmacist for pain medication.”

He was told to come back to work although he was in agony. He did that. But on 17 March he was retrenched.They said the company wasn’t doing well but employed someone in my position.

“I’m pleading with those who can help fight for my rights so I can get medical assistance.”

Nelly Maabane (37) said: “I love my husband. But I’m still young. I need sex. I have needs and desires, but my husband can’t satisfy me anymore. We need help so our lives can get back to normal.”

“If they fail to co-operate we’ll take the legal route.”

Morongwa Mojapelo, a supervisor at the company, confirmed Matladi was previously employed there.

“There are no record of his injuries reported to us. It’s a fabrication and lies.”