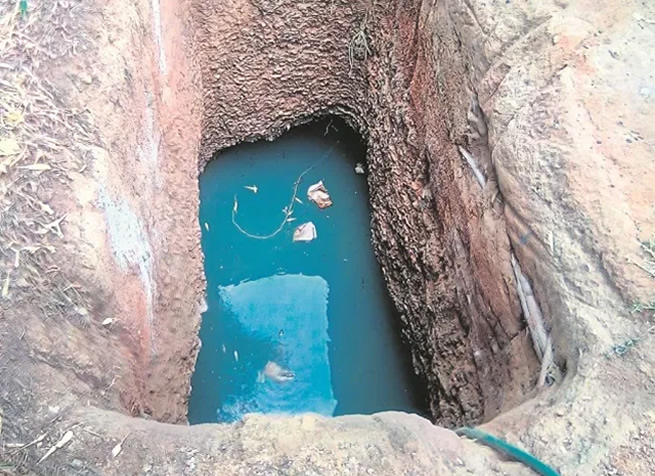 Parents and residents were left traumatised after the bodies of two four-year-old kids were found in a pit toilet at the house of a sangoma on Monday.

Parents of Puseletso Tsotetsi and Mpho Mangwane from Ga-Moeka, North West, claimed a local sangoma, who owned the yard where they were found, killed their children.

Puseletso’s mum, Motlalepule, said the kids went missing on Sunday, and the families asked the community to help search for them.

“While we were searching, some people saw a sangoma woman burning rubbish and sweeping at midnight, which they found strange.”

Motlalepule said the next day, they were called by neighbours informing them that the kids had been found in the sangoma’s yard.

“We found them dead. It was traumatising and it still is,” she said.

“When we were looking for the kids around their yard, they said they had not seen them,” she said.

“She was standing far from us, which was suspicious,” she said.

After the bodies were found, the community burnt down her house.

Police then took the sangoma and her husband in for questioning.
The community of Ga Moeka burnt the house of a Sangoma whom they accused of killing Mpho Mangwane(4) and Puseletso Tsotetsi(4) which were found in a Pit at the Sangoma’s house. Photos by Raymond Morare

The parents said they wanted the sangoma to rot in jail, adding that she recently returned to the village after being away for a year.

The community of Ga Moeka burnt the house of a Sangoma whom they accused of killing Mpho Mangwane(4) and Puseletso Tsotetsi(4) which were found in a Pit at the Sangoma’s house. Photos by Raymond MorarePolice spokesman Captain Kay Makhubele said no arrests have been made yet.

“Police are investigating an inquest docket and a case of arson after the house next to the pit toilet where the kids were found drowned was burnt. We urge the community not to take the law into their own hands,” he said.