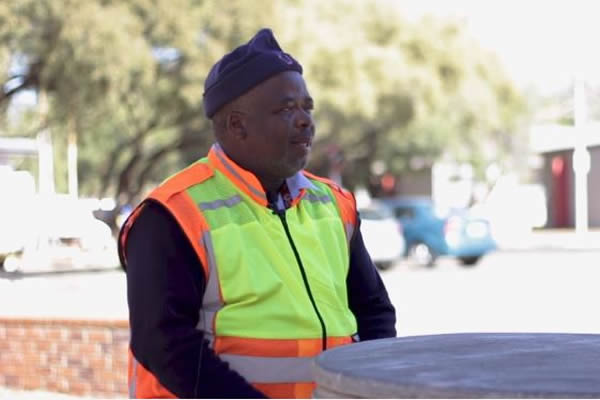 A protection services employee from the University of the Free State graduated with a master’s degree in governance and political transformation at the Callie Human Centre in Bloemfontein on Thursday.

Mxolisi Mgolozeli started his undergraduate studies at the age of 43.

“After almost 20 years of being out of school‚ having to start my undergraduate degree at that age was difficult but it is all about commitment and sacrifice‚” says Mgolozeli.

When his colleagues would go home to be with their families‚ he would go to the library to study because it was always a dream of his to be educated.

Mgolozeli has been working at the University of the Free State since 2003‚ initially as an ordinary security officer‚ and was promoted to a supervisor in 2013. He would work 12-hour shifts but he did not let long hours stand in the way of his education.

“It was not easy but I like education‚ so I think this motivated me‚” he says.

Throughout his master’s studies‚ Mgolozeli was supervised by Dr Tania Coetzee‚ who commends him for his perseverance.

“As his supervisor‚ I acknowledge the fact that he has worked very hard and has shown dedication in his studies‚” says Coetzee.

Mgolozeli’s research was focused on the influence of ward committees on community participation in the Manguang Municipality. The central point of his research was based on methods to improve the quality of governance for the different wards in the municipality.

The master’s graduate says he would like to shift more to the academic side of things‚ even though he enjoys working for protection services.

“I would like to get a mentor in academia so that I can encourage other students‚ even my own kids. That is my wish for the future‚” he says.