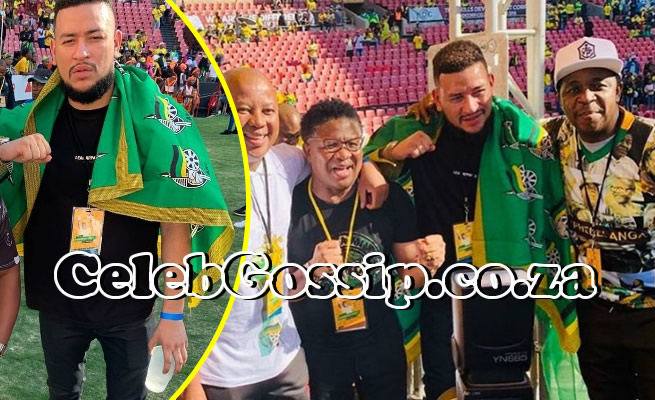 Battle lines have been drawn by the Eastern Cape ANC leadership, who announced on Tuesday it was taking action against prominent party leaders charged with fraud and corruption, as well as those accused of defying ANC instructions.

The eight leaders are part of a larger group of 25 ANC members whose fate within the party is in limbo. Of those, 15 have since been axed or resigned from their positions.

Eastern Cape ANC secretary Lulama Ngcukayitobi said the provincial executive committee (PEC), which acknowledged the moves would heighten tensions in an already deeply divided party ahead of its elective conference and the local government elections, had resolved to:

● Forge ahead with plans to recall OR Tambo district deputy mayor Robert Nogumla and council speaker Xolile Nkompela for defying ANC instructions relating to the Bhisho takeover of the embattled district municipality; and

● Pursue disciplinary action against OR Tambo district chief whip William Ngonzi, who has already resigned and apologised for divisive actions.

Former Buffalo City Metro mayor and PEC member Zukiswa Ncitha, who is also an accused in the Mandela fraud case, and premier Oscar Mabuyane’s former special adviser Zandisile Qupe, have since acceded to the call to step down from leadership positions pending their court outcomes.

Former health MEC Sindiswa Gomba, who was removed from office recently after being granted R1,000 bail for alleged involvement in the Mandela scandal, is said to be “ignoring” calls for her resignation from the PEC.

Ngcukayitobi said the decision was born out of party regulations, which require those facing serious charges in court to step aside until cases are concluded.

Ngcukayitobi said Gomba had ignored written communication to step down, prompting the decision to institute disciplinary action against her.

“The party then wrote to the remaining five comrades who also serve in the PEC, alerting them of guidelines that say they should step aside. Ncitha and Qupe wrote back requesting to step aside, and to be recused from all party activities until their cases had been finalised,” he said. “Mkolo and Ntuthu also wrote back refusing to step aside. We are suspending their membership pending finalisation of their court matters.”

Mkolo, Ncitha, Gomba and former BCM council speaker Luleka Simon-ndzele are all suspects in the Mandela scandal. Qupe was arrested in November with eight others on fraud and corruption charges related to Nelson Mandela Bay’s R73m integrated public transport system. Qupe was also the party’s provincial elections co-ordinator, but will now be replaced by Mziwonke Ndabeni.

Mkolo’s deputy, Mawethu Marata, will act as regional chair, while an acting regional co-ordinator would soon be appointed for Amathole, said Ngcukayitobi.

“The PEC has decided to invoke the ANC constitution’s rule 25.70, and suspend Ntuthu

and Mkolo. Part of the conditions applicable to members who either voluntarily step aside, or where constitutional provisions have been invoked, is that they will be subjected to the party’s integrity commission.

“Also, they are not supposed to represent the ANC in either public platforms or the media space.”

Ntuthu, Gomba and Nkompela’s names have recently appeared in lobby lists doing the rounds on social media, associated with those set to challenge the Mabuyane-led collective when the party goes to its provincial elective conference later this year.

Ngcukayitobi confirmed there were such “deep divisions” within party structures, in the province and beyond, that “a splinter party is a possibility we cannot ignore”.

Attempts to get comment from Gomba, Ncitha, Qupe, Mkolo and Nogumla were unsuccessful by print deadline on Tuesday as their phones went unanswered. Text messages were sent to them, but no responses were received.

Ntuthu refused to comment, and instead sent a statement from “Amathole regional task team management” which said it could only comment after its meeting on Wednesday afternoon. Nkompela on Tuesday said he could not comment due to poor health.

Political analyst Ongama Mtika, speaking on the latest developments, said: “The ANC has created an environment in which it has precluded itself from being a rules-based organisation and has allowed a culture of political accommodation to fester.”