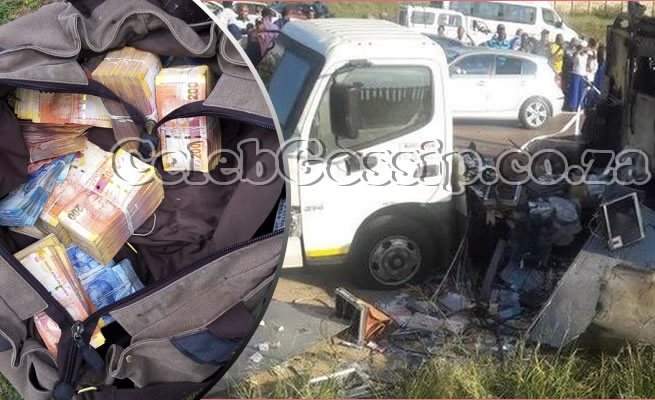 A Tik Tok video of a cash heist that occurred in Diepkloof, Soweto on Friday 19 March is circulating on social media and has been viewed more than 56 000 times.

Armed men allegedly forced a fidelity cash van off the road street in Diepkloof, extension 2 in Soweto and then bombed the cash van to gain access to the money.

In the Tik Tok video, gun shots can be heard in the background as people – including children are seen running across a field. According to social media reports the men allegedly used explosives during the cash heist to gain access to the money inside the vehicle.

I just heard an explosion followed by multiple gun shots around zone 6 Diepkloof. It sounds like a heist if you asked me! 🙆🏾‍♂️ pic.twitter.com/sN2gx3xODC

Cash heist in Diepkloof. It happened around 17.00h. They bombed the can. Money was flying like butterflies. It happened yesterday.

Yesterday I witnessed a Heist, niggas didn't even take 5 minutes to take the money, Shots fired but no one was hurt #DiepkloofHeist

Just In- In Soweto @Diepkloof zone 2 there was a cash transit heist. pic.twitter.com/XA2NN8wEns

Twitter users claimed some residents took the opportunity to get their share of the cash, running towards the flaming van and taking money.

This weekend it's gonna be lit, after a cash heist Diepkloof folks just help themselves to remaining money left. 🤣🙆🏿‍♀️

According to witnesses, the suspects fled the scene with an undisclosed amount of money. Luckily no one was injured during the incident.