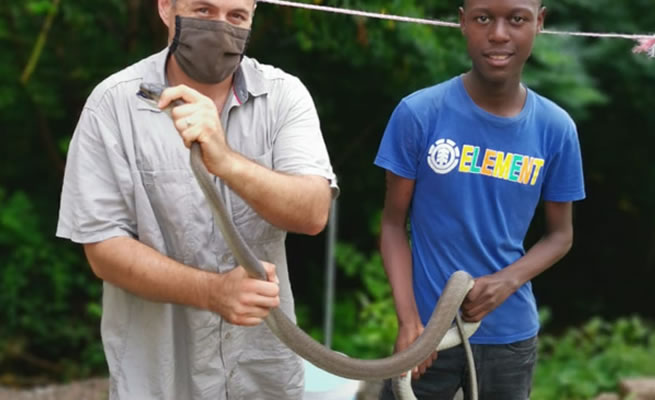 A Durban teenager got the fright of his life when he woke up from an afternoon nap to find a black mamba in his bedroom.

Durban snake catcher Nick Evans said he received the call on Friday afternoon, from a home owner in Welbedacht, near Chatsworth, south of Durban.

“It appears that the teenager had been enjoying a nap at around 3pm when he was awoken by shuffling noises in his bedroom.

“Upon inspection he found the large snake circling his room and he ran out as the snake was headed for his bed.

Evans said that by the time he arrived he had to search for the snake.

“When I lifted the mattress I found the snake curled up in between the bed mattress and the bed base. 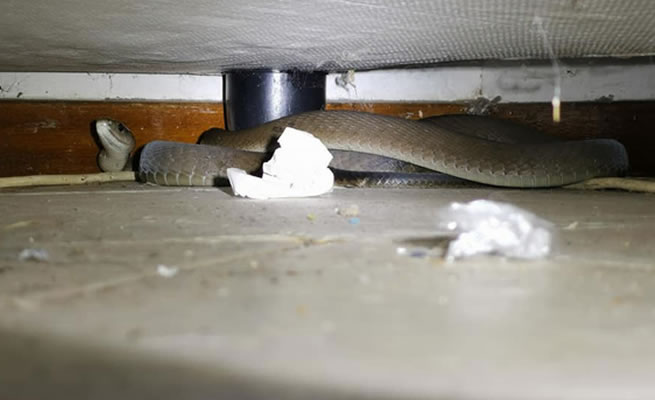 He said it was a relatively easy rescue and the snake was released into an area far away from people.

Evans said the teenager did the right thing by leaving the room and seeking help, as black mambas are highly venomous.

In a separate incident earlier this month, Evans said he rescued a 2.2m mamba from a bedroom in a home in Westville North.

“The homeowner’s five-year-old grandson had walked into a bedroom to fetch something, where right in front of him, was a two metre long Black Mamba, lying over some shoes.

“He apparently ran out the room, shaking. Poor guy got the fright of his life. The mamba got an equally big a fright, and dashed under the bed.

“It was a quick and hassle-free catch really and the snake was released.”