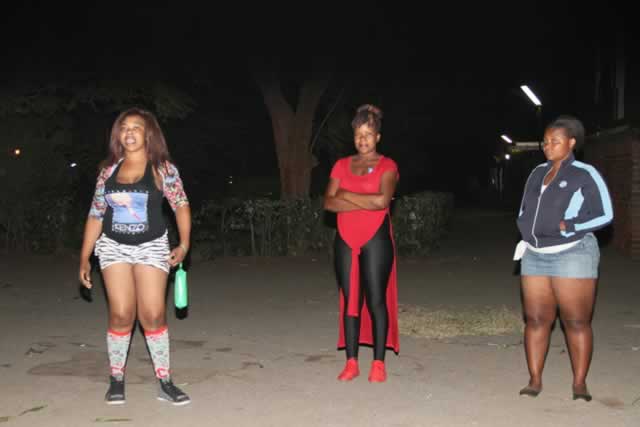 A young prostitute who had disappeared for more than a year, leaving everyone assuming the worst, has been reunited with her guardian angels at expose Hope.

The organisation takes care of those in the industry, victims of sex trafficking and empowers women wanting to leave. They conduct weekly visits providing hot meals, toiletries, sanitary items, clothing, condoms and groceries.

As the team drove around the Durban beachfront last Saturday, they noticed the girl weaving in and out of the parked cars, with her breasts exposed. When she recognised one of the team members, she ran to her and all she said was, "Just love me, Mama, just love me.”

Liza Moroney, the organisation’s administrator said the young woman had been in their care since the age of 13.

“She came to us riddled with STDS, malnourished and incredibly traumatised. She was turning clients all day and night and our hearts were shattered for her.”

Moroney said they had about four hundred prostitutes in their care. But, the ever increasing list of challenges which includes the lack of funding, lack of understanding and judgement from the general public as well as the minimal choices and support from other organisations when the women wanted to leave the sex-smith industry, made it that much harder.

“There are zero options for them, other organisations don’t consider what is happening to our women as gender based violence and they don’t meet other criteria for help due to being drug addicted as well as motivated by the stigma attached to the industry,” she said. “We feel our ladies don’t get the support they deserve and desperately need.”

She said the drug and alcohol dependency was now on a critical level and deduced it to attempts of numbing daily trauma experienced in the streets of Durban. “Our dream is to have a 24 hour drop in centre for our ladies and girls to provide a safe place for them to come and receive trauma counselling, health care, child care, emergency accommodation, laundry services and even opportunities to further their studies and gain employment skills.”

Makgaba said the violence sex workers endured from their clients, pimps and drglords was under reported out of fear and lack of confidence in the justice system.

Megan Lessing, spokesperson for Sex Work Education and Advocacy Taskforce, an organisation that advocates for the rights of adult sex workers and for the decriminalisation of adult consensual sex work, said the country had an estimated 160 000 sex workers but there was no information available on those with drug dependency.