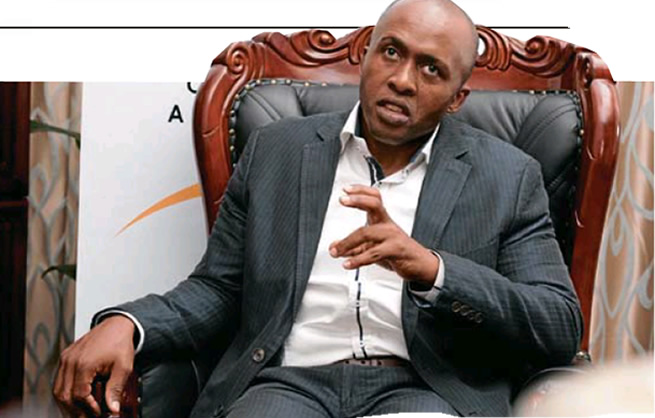 According to court documents , Makgatlha, a former senior administrator at the Rustenburg municipality’s infrastructure department, accused the two men of peddling her nudes that she sent to Khunou when they were still in a romantic relationship, according to her.

She claimed Nong circulated her images and screengrabs of suggestive conversations between herself and Khunou on a WhatsApp group of ANC members in the North West. The group has more than 340 members.

She said Nong further commented: “This woman has been harassing Majoro [mayor] Bagaetsho.”

The story about the alleged romance and fallout between Khunou and Makgatlha came out in January and triggered a political backlash against the mayor.

Nong refused to comment, and instead accused local press Sowetan of taking part in a smear campaign against the mayor.

“Since you are part of this shenanigans and the onslaught against the mayor, you might write whatever you deem it sensational and newsworthy to the general public. Good luck with your smear campaign,” he said.

Khunou yesterday did not respond to text messages requesting his comment.

Khunou has previously denied having been in a romantic relationship with Makgatlha and accused her in court papers of being a conniving golddigger and extortionist.

He previously told Sowetan that Makgatlha was being used by an ANC faction that wanted to ruin his political career ahead of the party’s elective congress.

In her summons, Makgatlha said her name had been damaged because “the defendants acted unlawfully and wrongfully and had intended to plaintiff’s fundamental rights to dignity and privacy and has suffered damages in the amount of R1,000,000 (one million rand)”.

In December, Khunou threatened Makgatlha with a R300,000 lawsuit for defamation if she did not desist from talking about him.

The two have also opened crimen injuria cases against each other.'