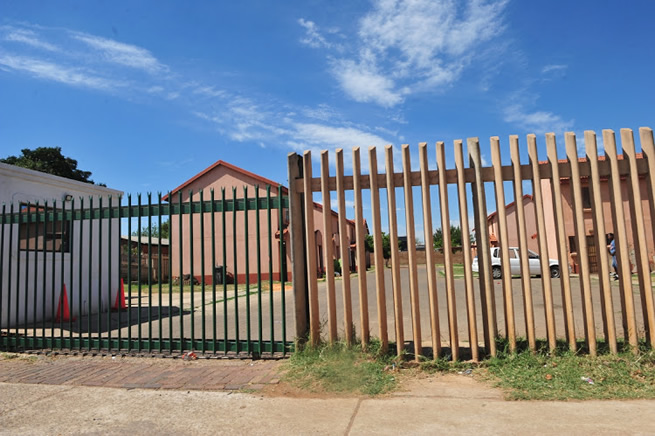 Court case exposes how Boko Haram, a gang best known for running extortion ring in Mamelodi, has allegedly hijacked a housing project and forced residents to pay rent NPA estimates Tshwane has lost R12m in the three years since thugs took over.

The Boko Haram vigilante group is accused of running a multimillion-rand scheme in which hostels are hijacked, illegally occupied and payments meant for the Tshwane metro stolen as part of its extortion ring.

This is according to the charge sheet prepared by the National Prosecuting Authority (NPA) in a case against Mncedisi Ntloko, 37, and Sibongile Mabele, 37, who briefly appeared in the Pretoria magistrate’s court yesterday.

They are accused of defrauding the Tshwane municipality of R12m by illegally renting out a block of flats at Inkandla Hostel meant for poor families and contravening the Prevention of Illegal Eviction and Unlawful Occupation of Land Act.

The NPA said the duo was suspected members of the ring terrorising the community of Mamelodi, east of Pretoria, and collecting R2,500 a month rent from people they got to occupy the units.

According to the charge sheet, while the city was waiting for an occupancy certificate and an engineer’s inspection of its completed hostel building in Mamelodi in September 2017, the group illegally occupied the units.

“The accused [Ntloko and Mabele] and other people unknown to the state organised themselves into a group called Boko Haram during that period [until March 3 2021] and took advantage of the absence of the municipality personnel, security guards and rightful occupiers.

The case was postponed to next week.

The suspects are accused of allocating units and illegally collecting money for rent and garden services that was not due to them. The state alleged that the group’s illegal occupation of the hostel and renting out of the units had defrauded the Tshwane municipality of about R12m.

Three people who live in the hostel said they have been paying R2,500 to gang members.

A woman who spoke on condition of anonymity said she wanted to leave the hostel but feared for her life. “I’m now forced to pay R2,500 a month while I found a room that costs way less than that and I don’t know what to do.”

The woman said she had not been contacted by police who are investigating the Boko Haram activities at the hostel.

“I don’t know if they will come at the end of the month to collect the rent money.”

Another woman living with her two children said she has been at the hostel since 2018 and has no qualms paying Boko Haram.

“They have been protecting me and my belongings as well … When I go to work I know my furniture is safe,” she said.

A man who lived at the hostel said he was kicked out when Boko Haram took over the hostel in 2018.

He said he was among a number people from the community who moved into the empty, newly built family units to prevent them being vandalised or falling into decay.

“I was happy living there with my family until one morning in January 2018 when the nightmare began.”

He said a group of people arrived with guns at his unit without warning, insulting them and ordering them to leave immediately.

“People’s belongings were taken and those who were running businesses, their stock, furniture, clothes and food were also taken,” he said.

He said his daughter is still traumatised about the incident. “My little girl doesn’t want to go back to the hostel and every time we walk past, she becomes distressed.”

City of Tshwane spokesperson Lindela Mashigo said due to the “sensitive nature of the investigations” under way and the ongoing court processes, the city is unable to comment.

Earlier this month, Sowetan reported how the group has been collecting money, including protection fees of R300 and upwards from foreign nationals who own tuck shops across the township since 2018.