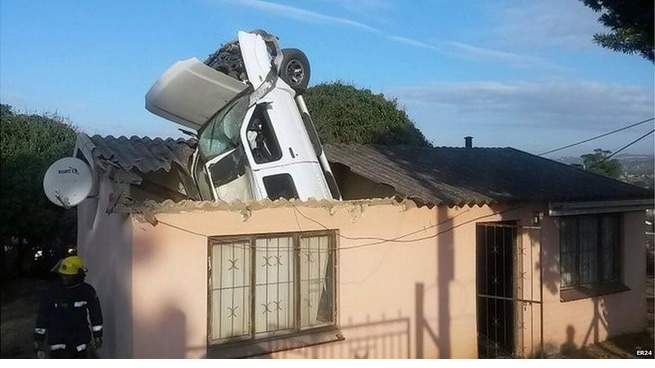 South African drivers came dead last in a worldwide survey about killer roads – and it blames alcohol and not wearing safety belts for the country’s high road fatalities, although the AA maintains human error is to blame. 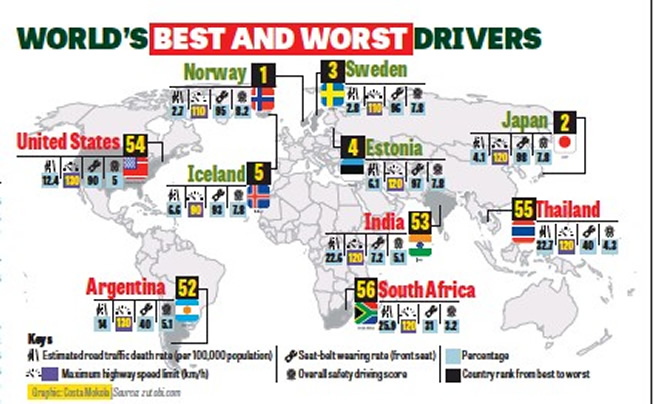 AA blames human error, rather than alcohol for fatal crashes.

What has always been evident judging by the high annual road death toll has now been confirmed: South Africa’s roads are the world’s most dangerous to drive on.

South Africa ranked dead last out of 56 countries in a research study of the world’s safest roads conducted by Zutobi, a driver’s education company based in the United Kingdom. And by some margin too, only managing to score 3.23 out of 10 – more than a point behind second-from-last Thailand, who managed 4.35 out of 10.

The analysis was based on the number of deaths on the roads, deaths related to alcohol, maximum speed limits, the percentage of vehicle occupants wearing safety belts and the maximum allowed blood concentration in each country.

The data repository also shows that 57.5% of the annual road toll in South Africa is related to alcohol.

This places SA miles ahead of second-placed Republic of Ireland, where 38.5% of road deaths are related to alcohol. The top five on the list of highest alcohol-related road deaths are Cuba (33.3%), Slovenia (32%) and Costa Rica (31.2%).

However, AA spokesperson Layton Beard was less than convinced by the report.

“It’s a pretty meaningless report if you are only going to include 56 countries,” Beard said.

“The data talks about road deaths attributed to alcohol and as far as I know, there is no-one in South Africa who has that data.”

Beard noted there was public information which said 92% of fatalities were caused by human error, “more than that we don’t know”.

“I am not questioning their methodology, I’m asking how was the data sourced,” Beard said.

A 2020 report by the Road Traffic Management Corporation – “Driver intoxication and fatal crashes; Alcohol intoxication as a risk factor for fatal crashes and fatalities: 2016 to 2018” – found alcohol-attributed crashes accounted for the smallest proportion of cases (5.5%), while the drivers’ behaviour attributed most often as the cause of the crash were speeding (52%), followed by other driver risks (42%). The RTMC report stated a Ga-Rankuwa investigation on mortuary data over a five year period from 2007-2012, reported drivers were the largest proportion of road traffic crash victims with a positive blood alcohol content (BAC) (60.4%), followed by pedestrians (55.6%) and motorcyclists (55.0%) (Du Plessis, Hlaise & Blumenthal,2016).

It found it was “imperative, however, that this work be supplemented with additional research that would inform a comprehensive and integrated strategy for addressing road safety in the country”.

Only 31% of front occupants wear seat belts in SA.