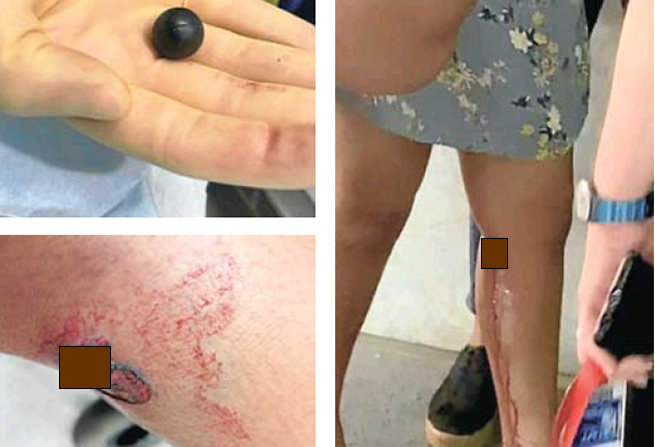 As a student at Wits University, completing my honours in journalism and media studies, I have been harmed by the very forces that were conceived to protect me from threat.

I was shot. Twice. By a police officer who, along with his colleagues, reacted to a small group of students protesting against exclusionary systemic mechanisms in the tertiary institution.

With the start of the new academic year, it came as no surprise that there would be upheaval due to the financial exclusion that many students expected.

In my years as a student at Wits, I have come to understand that the academic year cannot formally begin without the student representative council (SRC) insisting that the institution allow students to register despite their debt and lack of financial resources.

I, too, am a student whose undergraduate degree was primarily funded by the National Student Financial Aid Scheme (NSFAS) because my father — who is a pensioner — could not afford to put me through school.

It is through my own experience that I am able to sympathise with students who are fighting for an education and funding because I do not know how I would have had the opportunity to be an honours student, and improve my chances of employment, without that very funding.

Students are faced with an existential crisis. Their hopes of financial aid hang in the balance due to confusion over a series of announcements by the minister of higher education, Blade Nzimande.

The confusion centres on fears that the NSFAS would no longer fund education and nursing degrees as of this year, and on the minister’s statement this week that the scheme does not have money to fund firstyear students.

And this is where some of my pain stems from; we cannot get jobs without our degrees, we are struggling to acquire funding for those same degrees.

During the registration process at Wits, unbeknown to me, the SRC made it a point to hand in a memorandum listing requests on the behalf of students.

And this is where the rest my pain begins. The start of the Wits academic year on March 8 was marked by student strikes led by the SRC. Strikes were staged on Monday, Tuesday and Wednesday morning; the morning that everything would turn south for me.

I was in class with my colleagues when we heard struggle songs being sung outside. We looked out of the window and saw students blocking traffic, holding up placards while debris burnt on the side of the road. Our lecturer let us go out to observe the protest.

A few of my colleagues and I stepped out of the Wits art museum and walked towards the intersection of Jorissen and Bertha streets where the protesters were singing and pleading for financial assistance.

Photojournalists, including a reporter from SABC News, stood in front of the small crowd of students as I used my phone to record the scene.

I looked behind me and saw three police officers approaching. Two of them carried their shotguns ready, and one of them threw a stun grenade into the crowd of students.

Everyone dispersed. My colleagues and I understood that we needed to retreat to safety in the direction of the art museum.

We ran towards the entrance but it was closed, and we attempted to sprint away from the line of fire.

But as we headed towards the other museum entrances, I looked back; the police officer who had thrown the grenade shouted at me, “baleka, baleka!” (run!)

With all that I had within me, I turned my back to him to run away but glanced back again and saw him hoist his shotgun and aim at me.

I tried to take cover at the entrance of the museum’s underground parking garage.

Soon afterwards, I watched as the same officer walked next to a police van, aiming at other students and bystanders as the vehicle headed for campus entrances on Bertha Street.

I walked back to the entrance of the museum. I was wearing pants and suddenly realised I could feel a breeze on my thigh and buttocks.

Standing at the entrance of the museum, waiting for security guards to open for me, I touched the back of my thigh and felt the moisture.

When I looked down, I saw my pants were torn and stained red.

As the door opened and two women approached, I told them I had been shot. At that point I could still feel nothing. I was numb.

They assisted me by covering my thigh with bandages, gave me water and asked me to sit down.

When I did, I tried to ignore the agony that shot through my right buttock. After being taken to the campus clinic, I discovered one of the rubber pellets the officer fired had grazed my bottom.

I was overcome by the unforgiving pain. A shotgun thoughtlessly aimed at me in close proximity.

The man holding that gun could have been my own brother.

I am in pain. I have been shot by a man who was supposed to protect me.

A man who did not believe that it was enough that I had followed his instructions. A man who looked pleased at how he had wounded me so deeply.

When the doctor removed another rubber pellet that had embedded itself deep inside my thigh, I wondered whether the man who had shot me was at home, contentedly being served his tea. 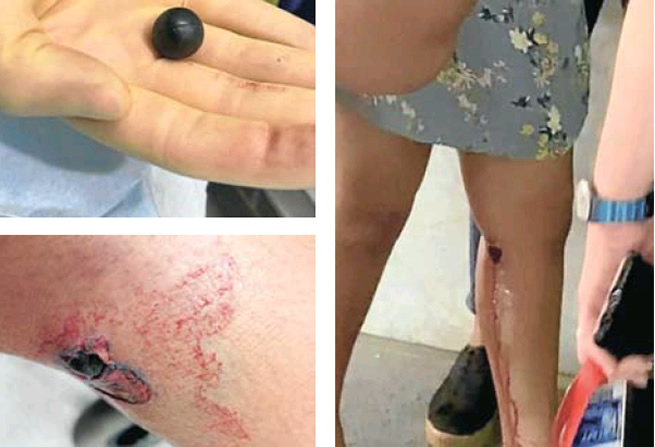