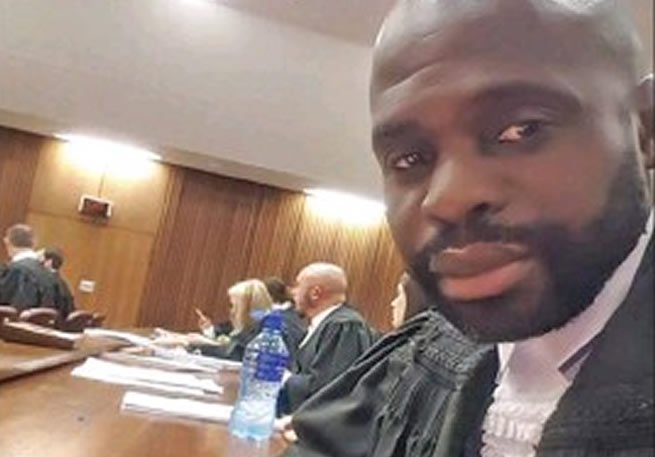 With Shepherd Bushiri’s extradition hearing in Malawi today, his lawyer Ntsako Baloyi is now demanding R15-million from the police for unlawful arrest.

In a letter of demand sent by his law firm Ntsako Baloyi Attorneys on Friday, he gave the SAPS 30 days to pay him or face a lawsuit.

Baloyi said last week Monday he was unlawfully arrested without a warrant and illegally detained at Brooklyn police station in Pretoria by colonel Phumla Mrwebi and her three colleagues, allegedly at the behest of the Hawks.

He said that as a result of the arrest, he was unjustly denied liberty and free will and suffered grave distress and inconvenience.

Baloyi also said that he was severely humiliated and embarrassed by the arrest and his dignity and respect injured. The letter, which we have seen, partly reads: “As a result of the aforegoing, our client accordingly suffered damages in the capital sum of R15 000 000 [fifteen million rand]. In the premises, our instructions are to demand, as we hereby do, full payment of the aforesaid capital within thirty [30] days from the date of service hereof, failing which, legal action will be instituted without any further notice.” Baloyi declined to comment. “It’s a legal matter and therefore I can’t comment at this stage,” he said. Baloyi’s arrest drew attention on Tuesday when Bushiri – who is wanted in South Africa on charges including fraud and money-laundering – issued a statement that his legal team (Baloyi and Alvin Khosa) was arrested and later released without being charged.

Bushiri said the “senior state advocate, who issued the alleged warrant of arrest, was nowhere to be seen and court officials [were] left with no option but to release my lawyers from custody under the banner of claiming that the police investigations are incomplete, yet we know they have been investigating since 2017”.

“Clear malice, torture and harassment to the legal practitioners at its best [sic],” partly reads the statement from the controversial pastor Bushiri and his wife Mary are facing fraud and corruption charges in South Africa. They fled to Malawi shortly after receiving bail. The extradition hearing against the two is expected to begin in Lilongwe magistrate’s court in Malawi tomorrow.

Police spokesperson Vish Naidoo referred us to his colleague Brenda Murudili who said the police have not yet received the letter.

The senior state advocate, who issued the alleged warrant of arrest, was nowhere to be seen.