Home General News 53-year-old madala forced to watch his wife's funeral like a stranger because... 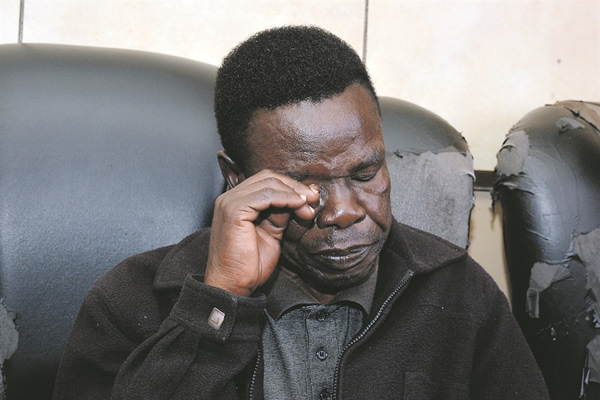 MOSES Masombuka is devastated. Instead of grieving his wife’s death, he has become a spectator in the funeral arrangements.

He told Daily Sun what shocked him most was finding out from neighbours his wife of four years had died.

The 56-year-old from Soshanguve, north of Tshwane, said his wife Maggie had been ill for three years.

He had been taking care of her and their two kids. His wife moved back with her family last month after they agreed she’d be near the clinic. He and the kids also visited her there.

“Last Thursday morning my neighbour came and told me my wife had died. He said that he rushed to her family, who told him Maggie had died in hospital. But when he went to claim her body, he was told it had been taken to a private mortuary. I called her mother, who told me they were going to bury her without me,” he said.

Moses said the family hated him.

Maggie’s sister Esther Mahasha said: “Moses came to us with his family and told us he won’t be able to bury her. They begged us to arrange everything and we agreed.”