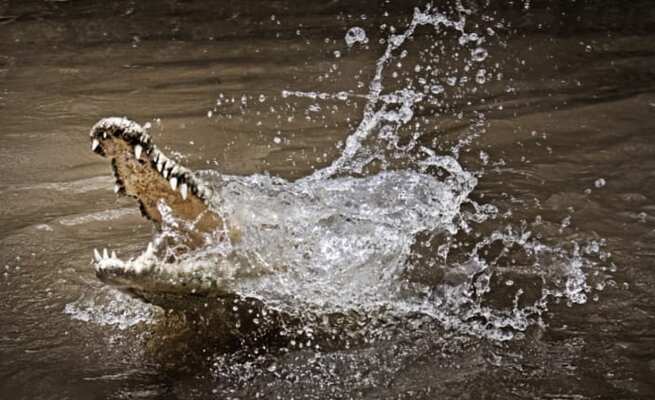 The public is urged to stay clear of this part of the river.

Conservationists from CapeNature have joined in the search party to recapture an unknown number of Nile crocodiles that escaped from a commercial breeding farm in Bonnievale in the Cape Winelands.

To date, 27 crocodiles have been recaptured and returned to the facility. Searches for the reptiles only occur in the evening and farmers and police are part of these nocturnal efforts.

“We have been placing traps mostly in the rivers; its been proven to be the most successful method. And we would put the cages in the water with the bait. It’s the most viable option we have. It’s not an easy job because we have to search for them in the dark.”

Claassen said they had been able to ascertain that the crocodiles were not fully grown adults and therefore did not pose a risk to the public.

“They won’t be able to breed successfully based on the size of them. We really prefer doing the recapturing in the dark because you can spot them very quickly in the water. The river is very dense so it makes it harder to patrol,” he said.

According to CapeNature, an area about 5km upstream towards Robertson and 5km downstream towards Swellendam, was the key area for surveillance and capture.

The public is urged to stay clear of this part of the river.

Landowners and community members on the riverbank have been informed of the situation. The Western Cape’s Local Government and Environmental Affairs department said earlier on Thursday more traps would be deployed.

Department spokesperson James-Brent Styan said: “They are subadults and not at breeding age yet. They present medium danger to people because they are farmed animals used to regular feeding and do not hunt for food. But they are wild and instinctive animals and like all wild animals always pose a danger to people. People need to steer clear of the river as indicated.”

CEO of CapeNature, Dr Razeena Omar, said they had set up “humane trap cages with bait on the riverside of the Breede River to attempt to recapture the remaining animals on the loose. Patrols on the river will be undertaken every night to catch these animals.”