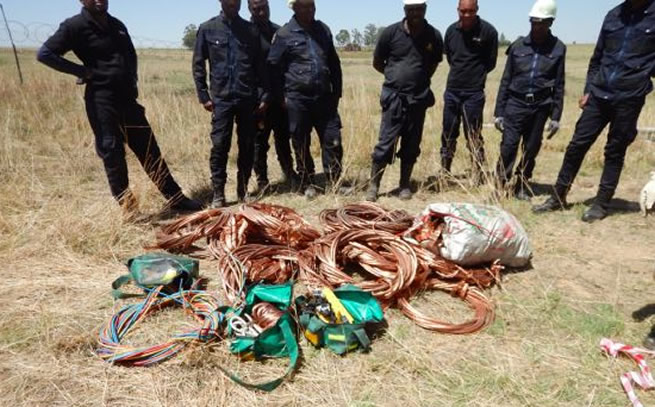 The four officers facing charges of murder, defeating the ends of justice and theft will appear in the Oberholzer Magistrate’s Court on Friday.

The four officers are facing charges of murder, defeating the ends of justice and theft.

“It’s further alleged that when the police left the crime scene, they went to a scrapyard and sold the copper cable. They left the two deceased males at the scene and did not report the shooting incident to Ipid as required by law,” said Cola.

She said Ipid at this stage cannot divulge the value of the copper or where it was originally stolen from by the deceased.

“At this moment we cannot say how much the copper is worth, we are also investigating where it was gotten from, these things all form part of the investigation,” Cola said.

She said Ipid would continue with the investigation and that more information could not be revealed at this time as it may compromise the case.

According to Cola, the officers will make their first court appearance in the Oberholzer Magistrate’s Court on Friday.