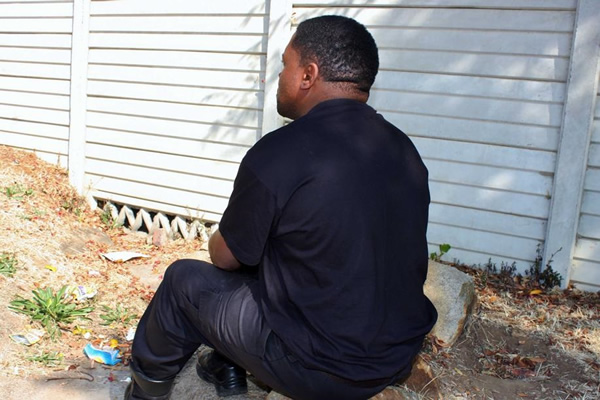 He went to church a happy man with a perfectly good penis. Then he witnessed a miracle the pastor performed when he took care of another young man’s penis problem.

“I went to the Kingdom Prayer Ministries led by Prophet Nana Poku. That Sunday the prophet pointed out a young man who was sitting in the same row as me. The prophet said he had a problem with his penis as it was very small and it embarrassed him. The young man agreed,” said Dennis.

Dennis said Prophet Nana ordered the man onto the stage and told congregants that he was going to perform a miracle. He wrapped a towel around the young man’s waist, prayed for him and told him his penis would be fine.

“He said those who didn’t believe it should follow the young man to the toilet. I followed the young man and when he took off the towel his penis was big. I don’t know what size it was before.”

But the next day, Dennis was at home with his girlfriend when disaster struck.

“My penis would not wake up. I tried it with a different girl a month later but it did the same thing. My penis has not worked since I went to that toilet to witness the miracle. My penis is dead, I have been dumped by both women and now I don’t have a girlfriend,” he said

Dennis said he had sent a text to the church explaining to them what had happened but the church just ignored him.

“There are many miracles being performed at the church and people leave here happy,” said Daniels. “That man’s experience is very confusing but the church through the Lord, will help.”

He said Dennis should come and see them. “If he has been here, he knows our address. I advise him to pay us a visit so we can attend to his problem.”

Daniels said he was concerned about Dennis’ approach to the matter.

“Why did he not come to us in the first place instead of calling the media? He must come back to the church and get help.”