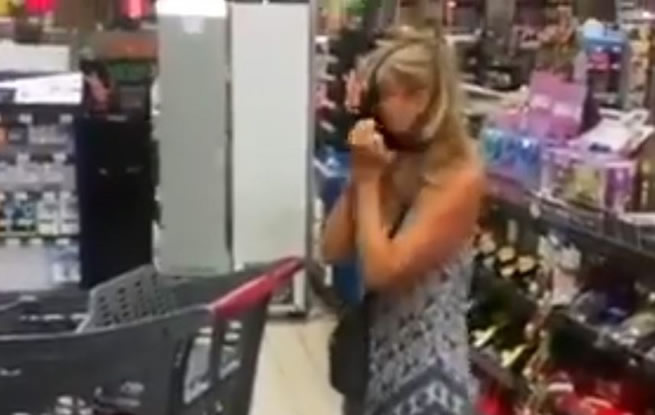 Wearing of face masks has become the part of the new normal.

A woman was captured in a shop not wearing a mask and when concerns were raised about her being maskless in the midst of a pandemic, she resorted to rather unprecedented measures.

On a video doing the rounds on social media, she can be seen reaching below her long dress and pulling off her panty in the middle of a grocery store.

She took her black G-string panty and used it as a mask. The back of the G-string was used to her mouth and nose.

Not far from her, another woman can be heard justifying the unusual action of the G-string lady.

“Well personally I find it unacceptable, it is a mask and quite frankly I think the bacteria on her (panty) is less than on the mask.”

She also said well done to the woman for taking her pair of panties and putting using it as a mask.