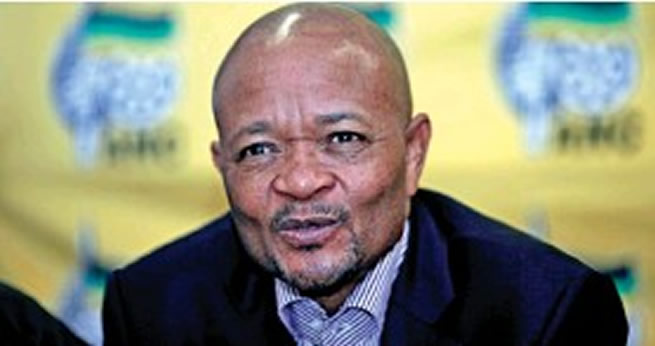 Public Service and Administration Minister Senzo Mchunu has complained to his comrades at Luthuli House that the woman who accused him of sexual harassment had sent him inappropriate text messages.

He also complained that the woman, who was his personal assistant when he worked at ANC headquarters at Luthuli House, has also blackmailed him into giving her a job as his chief of staff when he was deployed to his ministerial position after the 2019 general elections.

Mchunu made these allegations in a letter, which was leaked to us by his sympathisers, responding to a complaint of sexual harassment and unfair dismissal filed against him by the woman, who cannot be named for legal reasons.

In the letter, which Sunday World has seen, Mchunu said he had convened a meeting with human resources to discuss the woman’s conduct, but she did not attend as she had a case in court. He said he had asked for the meeting to explain why he no longer wanted to work with the woman.

“I then spoke about improper text messages she regularly sent to me. I received these messages, but I explained that

I regard them as improper and that I never answered any of them verbally, in writing or otherwise. This was done to ignore her and to discourage this trend. There were quite a number of texts [and I still have them] and they came over a period of time. I’m now shocked to learn that they were a supposed ‘response’,” he said in the letter.

Mchunu further said that the woman insisted on travelling with him on election campaign trips when she was supposed to be office bound.

“I gave [her a] brief explanation that I generally didn’t like to go with a PA on these trips because my view was that she would not necessarily have any real role and needed to be office-based,”

he stated in the letter.

He also said he no longer wanted to work with her because of her work ethic, adding she had frequently failed to answer his calls, choosing to communicate with him via Whatsapp.

“I explained the difficulty of communicating via delayed return calls on landline and subsequent dependence on Whatsapp as a way of doing work between the principal and the personal assistant. I even added that it was always a puzzle to see her picking up calls from other people and lack of coherent explanation on this throughout the period of work.”

Mchunu said that between June 3 and June 4 2019, the woman had sent him messages blackmailing him into giving her a cushy job in his department. The messages, which were attached to the letter, read in part:

“We had a discussion and a clear understanding upfront last year about you going to cabinet and the position of chief of staff being afforded to me. I have earned it and I hold you to that.

“We are a great team and you know it. Everyone who has worked with us this past year also knows it. There is no legal or ethical basis for what you are doing. I will not hesitate to go public if you insist on harming my reputation and standing.

“Please reconsider your position and I’m available to discuss a solution with you. Thank you.”

The letter continues: “Secondly, it would be best to receive a warm welcome from you personally. Any display of the cold and callous attitude that you last showed will not be good. It is also advisable that you ask the DG [director-general] to arrange appointments for the rest of this week whereby I’m introduced to the senior officials at the office.”

The woman’s sexual harassment complaint, in which she alleged that Mchunu kissed and touched her inappropriately, was dismissed by the party’s disciplinary committee. It later settled out of court where she was paid undisclosed wags of lucre. Both Mchunu and the woman were not available for comment at the time of going to print.