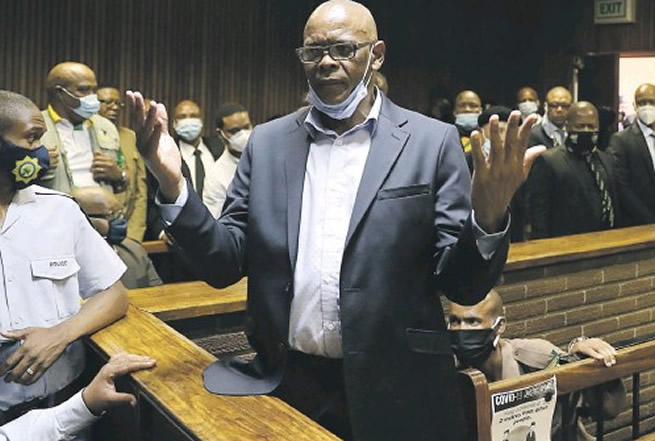 ANC secretary-general Ace Magashule and his co-accused are set to appear again at the Bloemfontein Magistrate’s Court.

They are facing 21 charges of fraud and corruption related to an asbestos removal tender during his tenure as the premier of the Free State.

According to National Prosecuting Authority (NPA) spokesperson Sipho Ngwema, Magashule might face more charges on Friday for his alleged role in the multi-million-rand asbestos audit contract scandal in Free State.

Ngwema said the prosecuting authority has prepared itself to move the case to High Court for trial.

“When the case adjourned last time, we did indicate that there will be some changes on the indictment. We indicated that we wanted to add more charges with regard to the last accused, which is Mr Magashule.

“We wanted to add more accused persons on the indictment – so, this is what is likely to happen when the matter resumes. We are ready to proceed to trial, so we think we are going to move with speed, so the matter goes to the high court and a trial takes place as soon as possible,” Ngwema told Jacaranda FM.

Watch his court appearance below, courtesy of SABC News