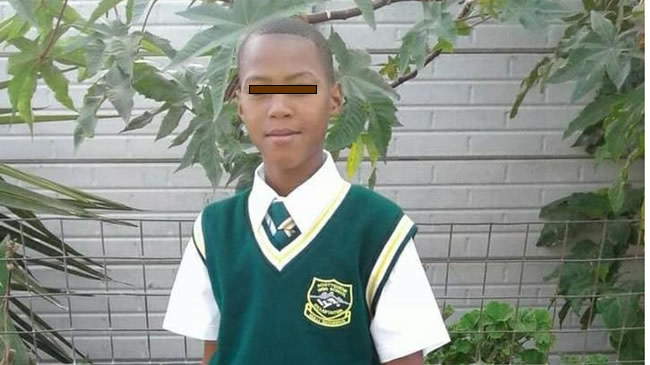 A Kraaifontein school boy had been shot and killed for refusing to join a gang.

Police have arrested a suspect for the murder.

Scottsdene residents had to run for the lives as gunmen opened fire on the 17-year-old on Wednesday.

Anwar Kleinhans was shot in front of his home in Petrus Street.

On Thursday his family cleaned up his blood in front of the block of flats.

A woman living in Petrus Street says Anwar was not a skollie.

body copy_bold: “He was not involved with gangs, he loved to play dominoes, he was very good and spent hours at the domino table when he had time.

“They wanted him to join the gang, but he refused. I don’t know what gang it was.

“They came to shoot him here, he saw them and tried to run but he fell and the gunman stood over his body and fired two shots in his head.”

Anwar’s mother, who asked not to be named, says her son was looking forward to school reopening next week.

“He wasn’t involved with gangsters, we always knew where to find him because he played dominoes here in the court.

“Just [yesterday] I got an SMS to say he had been accepted at Scottsdene High, he would have been in Grade 11.”

Police spokesperson Colonel Andrè Traut says a suspect was arrested: “Yesterday [Wednesday] at around 12.50pm a 17-year-old was shot and killed in Petrus Street, Scottsdene.

“Our investigation led to the arrest of a suspect who is expected to make a court appearance for murder once he has been charged.”