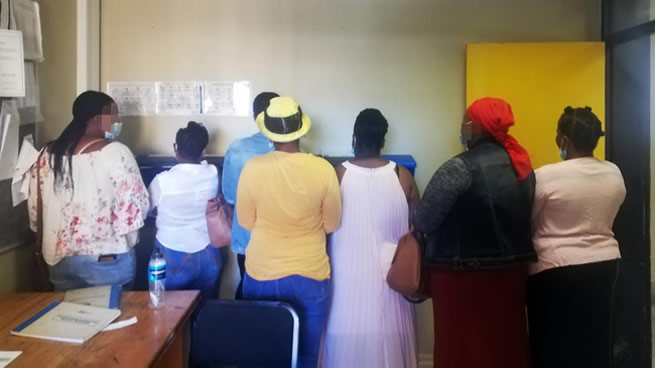 A group of female security guards was busted for stealing beer worth R12 000 from the South African Breweries (SAB) warehouse during the alcohol ban.

The security guards stationed at the SAB warehouse in Ottery got a skrik on Wednesday morning when they arrived for work and were met by cops.

Grassy Park Police Station commander, Colonel Dawood Laing, says the seven women aged between 34 and 47 were placed in holding cells after they were caught on CCTV camera stealing booze worth R12 000.

“The actual incident happened during the nationwide alcohol ban so the theft was easy to pick up,” he explains.

“According to the report, the theft took place between 3pm on 28 January and 11am on 29 January where the stock went missing.

“SA Breweries found that 12 cases of Brutal Fruit worth R12 000 were stolen overnight and investigated the matter.”

Laing says after checking the CCTV cameras, they found that seven women were involved in removing the dop from the premises and Grassy Park police were contacted.

“It was found that the female security guards had all worked together and so when they arrived at work on Wednesday, they were all arrested and charged with theft,” he says.

“The group worked for a security company contracted by SAB.”

In December, President Cyril Ramaphosa had placed the country on an adjusted Level 3 lockdown as the second wave of the Covid-19 pandemic hit the country.

As part of the regulations, government banned alcohol sales at retailers and restaurants, while people were also prohibited from drinking in public.

“This means no alcohol was leaving the warehouse, making the theft easy to detect.

“At this stage it is unclear whether they drank all that alcohol or if they went to sell it, but we suspect they sold it to someone because they could have gotten a lot of money for all that dop.

“It does not appear that they attempted to steal any of the other stock so the finer aspects of the theft are still under investigation.

“They appeared in the Wynberg Magistrates’ Court [yesterday] and we are waiting for feedback from the court.”